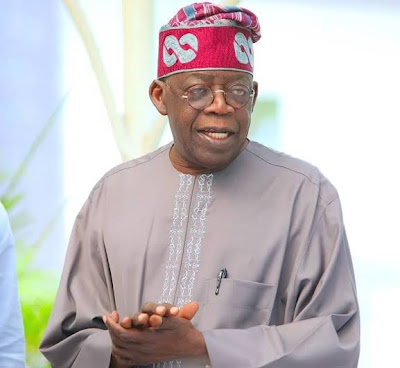 The race for the 2023 general elections has taken many twists and turns, especially in the ruling All Progressives Congress (APC), where over 20 aspirants have indicated interest in the presidential primary of the party.

However, despite the number of those josling to fly the flag of the APC in 2023, political analysts and pundits are agreed that a former governor of Lagos State and the National Leader of the party, Asiwaju Bola Ahmed Tinubu would defeat others at the primary and win the general election.

They traced the whole issue to the roles Tinubu has been playing in the nation’s national politics since 2011, when his support for former president Goodluck Jonathan gave him victory at the polls.

The same scenario, they said, played out in 2014, when his party, the then Action Congress of Nigeria (ACN) merged with the then Congress for Progressives Change (CPC), the All Nigeria’s People’s Party (ANPP)and others to form the APC under which President Muhammadu Buhari was able to defeat Jonathan at the polls.

According to an analyst, the likes of Vice President, Professor Yemi Osinbajo and the President of the Nigerian Senate, Ahmed Lawan cannot defeat Tinubu at the primaries of the party if the winner would emerge through delegates.

According to him, latest move by the supporters of Osinbajo are just a way of bringing him into the limelight as his popularity has been dwindling since many people started indicating interest to contest the presidency under the APC.

“Some people are saying that Osinbajo would have the support of the North East, North West and North Central since Buhari would point to him as his candidate. This is not true as all and evidences show the contrary.

“Also, Osinbajo was managing the Social Investment Programme of the Federal Government, but it was taken away from him and given to the Ministry of Humanitarian Affairs because he was not doing it well.

“The Vice President is the Chairman of the National Economic Council, why was an Advisory Committee created for the council, it is because he was not doing it well,” he said.

On Lawan, the analyst said that it is far from the truth that he is the candidate of the presidency, and that he picked the nomination form based on a caucus arrangement by the senate, which he said wanted to use the opportunity to further fight the state governors.

On the assumption that the Peoples Democratic Party (PDP) would produce a northern candidate and that a northerner like Lawan was needed to fight him, he said that no northern candidate could defeat Atiku in the 2023 elections going by what happened in 2019 if the PDP gives him the ticket.

“Even with what happened in 2019, Buhari could only manage to defeat Atiku with about two million votes.

“Don’t forget that Lawan was supported by Asiwaju Bola Ahmed Tinubu before he could emerge the Senate President in 2019. Lawan has never been battle tested, he was always been a senator from Yobe State, a notable one party state,” he said.

He pointed out that the most competent and the most efficient person to win the delegate election of the APC and the 2023 presidential election is Asiwaju Bola Ahmed Tinubu.

“All those frenzy you see are just means to stop him, but with delegate election, it is game over, Tinubu will win,’ he said.