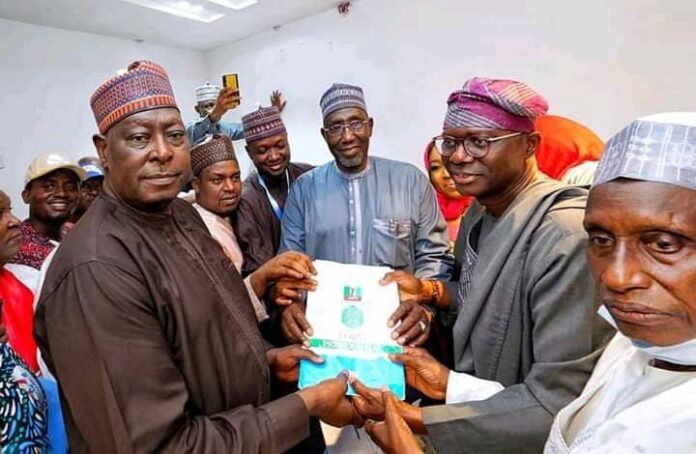 Governor of Lagos State, Babajide Sanwo-Olu, on Wednesday, led other supporters to submit the presidential nomination and expression of interest forms of the All Progressives Congress for Asiwaju Bola Tinubu.

The completed forms were submitted to the party at the International Conference Centre, Abuja on Wednesday.

Former Secretary to the Government of the Federation Babachir Lawal who obtained the forms also returned it on behalf of the national leader of the party.

Tinubu’s nomination form was signed by 420 registered memebers. 370 of the 420 are statutory delegates and 12 of them are sitting governors.

A delegation of Tinubu’s supporters had also picked the form for him on April 30.