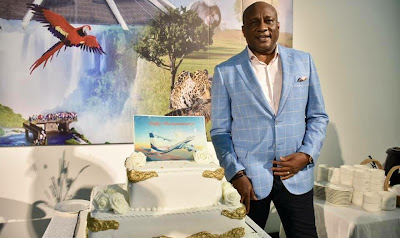 The court also awarded $4,000 as a fine against Ebony Mayfiled, who, in June, pleaded guilty to the charge of signing and submitting fake documents to facilitate the alleged fraud.

The US government accused her of signing and submitting the fabricated documents between 2016 and 2018, to help Mr Onyema, owner of Air Peace, a major Nigerian commercial airline, to move $20 million from Nigeria to the US in an alleged money laundering scheme.

She was charged in 2019, and she initially pleaded “not guilty” to all eight charges at the District Court for the Northern District of Georgia in Atlanta.

But she changed her plea to plead guilty to one of the charges in June, after entering into a plea agreement that saw the US government drop the seven remaining charges against her.

The law under which she was charged provided for maximum five years jail term for the offence she pleaded guilty to.

Following her guilty plea, her lawyer filed for a variance of sentence on 13 October, begging to be sentenced to a probated sentence or what is called supervised release, instead of imprisonment.

The US government, reportedly earlier, in its response agreed to a lower limit of sentence range, which includes house detention for six months.

At the sentencing on Friday, the judge, Eleanor Ross, after discussing the pre-sentence report with lawyers to the parties, and listening to Ms Mayfield briefly, imposed “a total of THREE (3) YEARS of probation” on her.