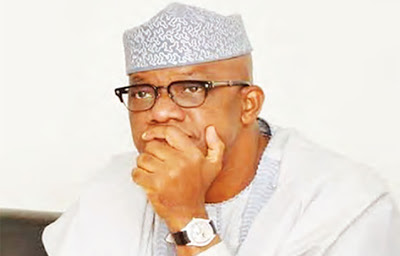 The Ogun State governor, Dapo Abiodun, has mourned the passing of Aare Teslim Tolu Dawodu, describing his death as a personal loss.

Aare Dawodu, a political leader and community leader in Remoland, died on Wednesday morning at the age of 90.

Abiodun in a statement by his Chief Press Secretary, Kunle Somorin, expressed his condolence on the demise of Pa Dawodu, declaring that his death would leave a big vacuum in Remoland and the state as a whole.

He said that though the elder statesman died at an advanced age, his community and Ogun would have benefitted more from his fountain of knowledge and repository wisdom.

Abiodun added that Pa Dawodu lived a life of service and dedication, both to Ogun State and humanity.

“The death of Aare Teslim Tolu Dawodu is such that would leave a big vacuum in Remoland and the state as a whole.

“Having recently celebrated his 90th birth anniversary, we are glad that Baba Tolu lived a fulfilled live that was dedicated to the service of our dear State and humanity as a whole.

“I commiserate with his immediate family, the people of Sagamu in particular and pray God grant the repose of his soul.

“I’d personally miss Baba, whom I shared a strong bond with”, Abiodun was quoted to have concluded in the statement.