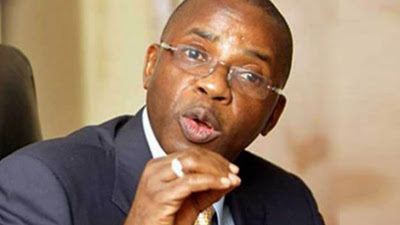 A former governor of Imo State, Chief Ikedi Ohakim, has been summoned by a High Court of the Federal Capital Territory (FCT), Abuja to appear before it on November 11 for his arraignment on three-count criminal charges filed against him by the Inspector-General of Police.

This is contained in a hearing notice issued pursuant to Order 3 rule 7 of the FCT High Court, dated October 30, 2020, commanding the appearance of the erstwhile governor in court number 32 for arraignment, according to The SUN.

The court document states that Ohakim is expected to be arraigned before Justice S. U. Bature of the Maitama division of the court.

In the charge marked, FCT/HC/CR/993/2020, the police alleged that Ohakim, who was governor of Imo State from 2007 to 2011, gave false information against Lady Chinyere Amuchienwa.

The prosecuting agency further alleged that the erstwhile governor lied that the lady threatened him with a gun, and equally made a false claim that he had a plot of land for sale in Lagos.

The three-count charge signed by Mr. Stanley Nwodo of the Force Legal Department dated September 23, 2020, the office of the Inspector General of Police also accused Ohakim of using the name of the Minister of Works and Housing, Babatunde Fashola, to defraud unsuspecting Nigerians.

In addition, the prosecution alleged that Ohakim claimed in his statement to the police that he gave Lady Chinyere Lilian Amuchienwa the sum of N100 million for his governorship pursuit in 2019, which he could not prove in the statement.

Several attempts by the police to arraign the former Imo state chief executive in court, on a similar charge were unsuccessful

One of the three-count charges against Ohakim, signed by Mr Stanley Nwodo, reads: “That you Ikedi Ohakim, on or about the 23rd day of May 2019, at Asokoro, within the jurisdiction of this Honourable Court did unlawfully gave false information against one Chinyere Amuchienwa, that she threatened you with gun knowing it to be false and thereby committed an offence punishable under section 140 of the Penal Code Law of the Northern Nigeria, 1968.”