The embattled Nigerian Instagram celebrity and Bureau de Change operator, Ismaila Mustapha, better known as Mompha, has accused the Economic and Financial Crimes Commission (EFCC) of extortion, among other things.

In a tweet on Wednesday evening, the anti-graft agency declared him wanted and urged members of the public with information on his whereabouts to speak up.

Responding to the development, Mompha said the agency is bitter about a 10 December 2021 judgement delivered at the Federal High Court, Lagos.

He said that dissatisfied with the judgement ordering the EFCC to release his wristwatches and other valuables in their custody, the agency came up with trumped-up charges against him.

In a lengthy post on his Instagram page on Thursday, the first in months, Mompha explained that on 10 January while at the EFCC’s office to retrieve his valuables in compliance with the judgement, they detained and charged him to court the following day on frivolous charges. 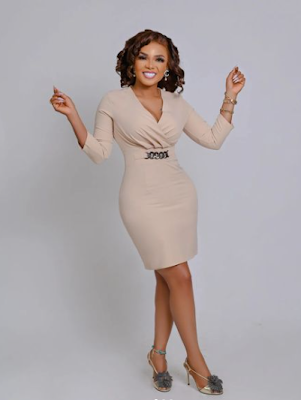 “I was arraigned before a familiar Judge to the EFCC, and in effect, I was given a challenging bail condition to meet, as a result of which I ended up spending over two months in prison custody while making efforts to meet the problematic bail.

He recalled that upon his release, he embarked on a short trip outside the country to check on his family and return.

The EFCC’s lawyer, Rotimi Oyedepo, whom he described as allegedly corrupt, along with the EFCC operative Kaina Garba, chose to capitalise on the fact that he travelled to blackmail him into entering a plea bargain with the agency.

“I initially refused, but after so much blackmail and intimidation by Rotimi Oyedepo, I succumbed and was told to pay N142 million naira to EFCC and sign a one-year imprisonment sentence,” he added.

He said that after negotiations, the deal was commuted to N40 million naira and one-year imprisonment.

“When it became obvious to EFCC that I wasn’t going to sign the plea bargain and play to their game, they informed the judge I travelled and the judge, without any concrete evidence, disregarded the fact that I was never absent in court, revoked my bail, but fortunately, the Judge again released me temporarily and I was asked to appear in court a week after,” Mompha noted.

Due to what he termed ‘blackmail and intimidation, Mompha said that he has concluded that he cannot get justice within “this corrupt laden system as the EFCC.”

He wrote: “More importantly, to show the EFCC is a charade, the so-called Nappy I was alleged to have engaged in fraudulent activities with was never declared wanted, the EFCC extorted money, cars and landed properties from Nappy but instead declared me wanted to generate cheap publicity.

“Finally, it was obvious entering the plea bargain with the EFCC, which they wanted to force me into at all cost, means I would be convicted for a crime I did not commit and therefore become an ex-convict, and this is what EFCC set out to achieve with me to enable them to generate more social media publicity hence the desperation in falsely declaring me wanted and misleading the public.”

Responding to the issue, the EFCC spokesperson, Wilson Uwujaren, said there was no merit to Mompha’s claims.

The EFCC is accusing Mompha of, among other offences, laundering funds obtained through unlawful activities, false asset declaration and retention of alleged proceeds of crime.

Mompha has had several run-ins with the EFCC in the last two years.

He was re-arrested in January after he announced his trip to Nigeria with an Instagram photo captioned, “About to make some billions in Lagos”.

Mompha is alleged to have used his registered companies to receive illicit funds on behalf of “yahoo yahoo” boys from across the world in return for a commission.

The account of one of his companies, Ismalob Global Investment Limited Bank, a Bureau de Change company domiciled in Zenith Bank Plc, was allegedly used to launder funds derived from unlawful activities.

Mompha and his company Ismalob Global Investment Ltd, were prosecuted by the commission over alleged N6 billion fraud on January 12.

A fresh eight-count charge was brought against him early in the year.