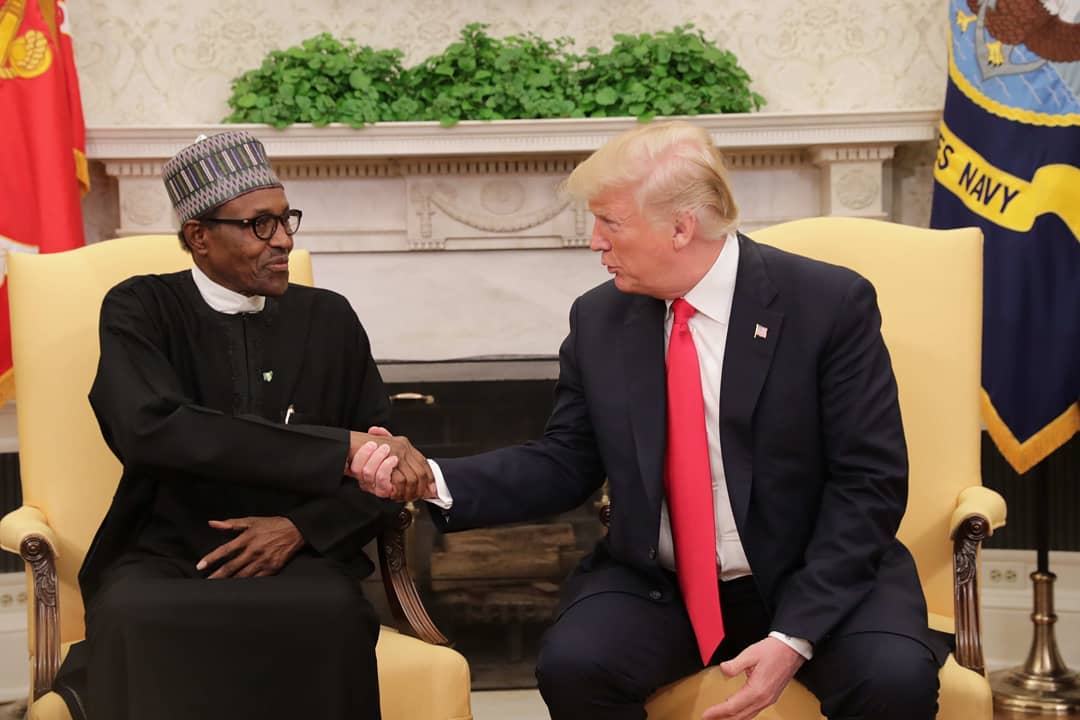 President of the United States, Mr Donald Trump has told President Muhammau Buhari that his country will not tolerate the killing of Christians.

The American leader said this while playing host to the Nigerian president at the White House on Monday.

“We have had very serious problems with Christians who are being murdered in Nigeria, we are going to be working on that problem very, very hard because we cannot allow that to happen,” Trump said.

President Trump also asked the Nigerian authorities to “protect innocent civilians of all faiths, including Muslims and including Christians”.

On his part, Buhari said is working hard to address the widespread killings.

President Buhari also thanked the US government for approving the sale of military hardware to Nigeria.
“We are even more grateful for the physical presence of the United States military who are training in our institutions and who also go to the front in the northeast to see how they are doing,” he said.

“The commitment of the United States to get rid of terrorism across the world, we have the first-hand experience of that and we are very grateful for it.”

“Chibok girls’ kidnap was before we came. We rescue some of them. The Dapchi girls were 106, we rescued 100 back, four died, one is still in captivity.
We are very grateful to the United Nations organisation that is acting as a go-between and is helping out. We have not given up on the Dapchi girl.”

The clash between farmers and herdsmen took a different dimension when gunmen invaded a Catholic church in Benue state last week.

Condemning the attack, the Pope prayed for Christians while conducting a mass in Rome on Sunday.

The Christian Association of Nigeria (CAN) had on Sunday staged a nationwide protest against the killings.