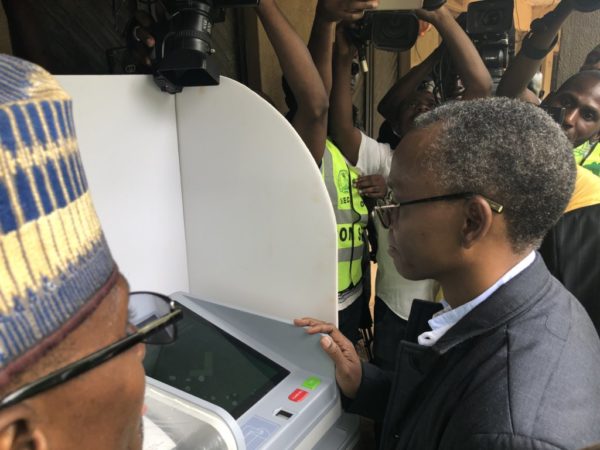 All Progressives Congress (APC) has resolved to challenge the victory of PDP in four councils in the recently concluded local government elections in Kaduna state.

El-Rufai spoke at APC State Congress in Kaduna on Saturday and said: “We gave them what they don’t know, we gave them justice. Unfortunately, even with that justice they tried to cheat.’’

“We are going to challenge the chairmanship they said they won at the tribunal. We already have 14; for the remaining five we want to have 14 plus five.

“We can do that if we stay together, unite and work hard. We must be firm. Remember we are dealing with PDP people who are not honest.

“They don’t know the meaning of honesty, integrity, fairness, it has been taken from their vocabulary for the last 16 years.

“So, we must be prepared. We want to play fair but they don’t know the meaning of fairness,” he said.

The governor said he was confident that under the new APC executive, led by retired Air Commodore Emmanuel Jekada, the party would grow from strength to strength.

He thanked other party members that wished to contest for their positions but who in the spirit of unity and consensus, stepped down for a smooth consensus-based congress.

“I want to assure them and to say that the party and the government will not forget them, this I promise.

“I want to thank the party leaders for the smooth congress that we have had, at the ward and the local government and now the state without any problem. This is because of your maturity and commitment to the party.

” I also want to commend the party members for their performance during the local government elections.

“When we started planning for these local government elections, we made it clear that we are a party of justice.

“That we are not going to cheat in the elections. And we believe that people should be given the opportunity to choose which party they want to govern them at the local government level.

“We went the extra-ordinary length to purchase the EVM (Electronic Voting Machine) so that the elections will be free and fair. We did what the PDP has never done to any other party.

“We gave them what they don’t know, we gave them justice. Unfortunately, even with that justice they tried to cheat.’’

The governor urged the party members to be prepared.

“We want to play fair, but they don’t know the meaning of fairness. We must not sleep but be prepared, mobilise to the remaining local government (areas) and make sure we are not cheated.

“But we will not cheat anybody, we want the votes of the people to count.’’

PDP on Sunday rejected the results of the elections and said it would challenge the outcome in court.

Meanwhile, at the state congress held on Saturday, APC members elected Jekada as Chairman and Malam Muhammad Shuaibu as Secretary.