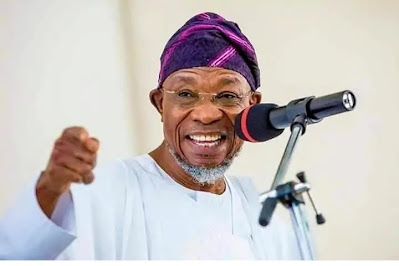 The Minister of Interior, Ogbeni Rauf Aregbesola, has called on the judicial arm of government to support the ongoing reform in the Nigeria Correctional Service (NCoS) through timely conclusion of criminal cases.

The Minister specifically called for a 12-month timeline for dispensation of justice on criminal cases brought to the court.

According to him,the judiciary should ensure that from the arrest of suspects to conclusion of their cases in court, the maximum time spent on their trial should not be more than 12-month.

He urged personnel of the correctional service to begin the advocacy for a year dispensation of justice on criminal cases.

Aregbesola said he’s a victim of delay in justice delivery, noting that his case on the restoration of his stolen mandate in 2007 activated the judiciary to peg the conclusion of election cases to a year.

The former Governor of Osun State said timely dispensation of justice on criminal cases will not only reduce the number of awaiting trial inmates and decongest the correctional facilities but will also save the service a lot of money.

Speaking on the condition of correctional facilities in the country, Aregbesola said that beyond the law, attitudinal change is required from the society and personnel of Nigeria Correctional Service to drive the needed reform.

He said, majority members of the society do not have correct understanding of what the correction centres should be, saying that is responsible for some negative comments on some issues involving activities of the NCos personnel.

Aregbesola also bemoaned what he described as unbefitting status of some of the correctional facilities urged the NCoS personnel to mobilise community efforts to change the facial appearance of their facilities.

He lamented some of the correctional facilities are dampening the morale of the officers and damaging the psychology of the inmates.

The Minister spoke on the need to make the correctional facilities centres for rebuilding inmates through standard operation procedures and improved welfare for both the inmates and the NCos personnels.

Speaking at the event, immediate past Minister of Interior, Gen. Abdulrahman Danbazau, said it is a necessity for Nigeria as a country to meet up with international standard on treatment of inmates and the facilities hosting them.

Danbazau maintained that though Nigeria is making progress on the prison reform, there is still the need to continue advocacy for decongestion of correctional centres.

He said congestion of correction centres is a major challenge that must be permanently addressed.