HomeNationalBabangida speaks on statement, says he stands by his words Buhari should...
NationalNews

Babangida speaks on statement, says he stands by his words Buhari should not seek reelection! 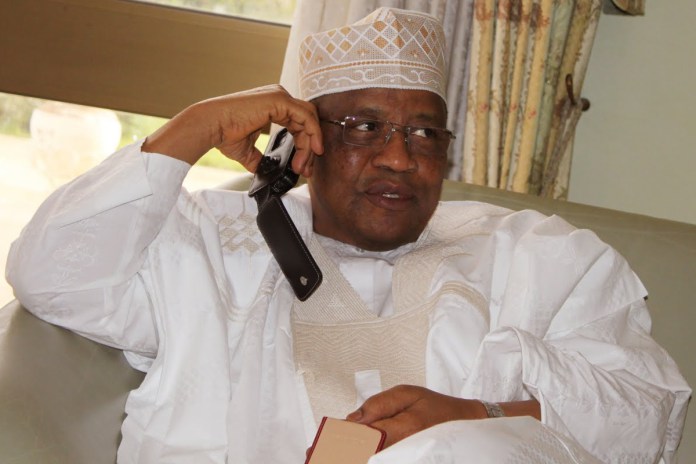 Nigeria’s former military ruler, Ibrahim Babangida has spoken on the controversy surrounding the statement he issued asking President Muhammadu Buhari not to seek reelection as Nigeria does not need analogue leadership anymore.

“I do not intend to deny President Buhari his inalienable right to vote and be voted for, but there comes a time in the life of a nation when personal ambition should not override national interest,” Babangida said in a statement issued by his spokesman Kassim Afegbua on Sunday

In the statement well-circulated in the media on Sunday, the retired military ruler asked Nigerians to have patience with President Muhammadu Buhari till his tenure ends in 2019.

But hours later, a counter statement said to have been signed by the former military head of state was released.

The new statement denied some of the critical issues raised in the previous one, saying IBB had “unfettered channel of communication with the highest authorities”.

Babangida’s media aide instantly reacted to the counter-statement insisting the earlier statement was released on the order of his principal.

But the elder statesman said in a  chat with THISDAY, that the “original statement still stands”.

THISDAY newspaper stated that when Babangida got informed that a counter-statement had been issued, he instructed Afegbua to reach out to media houses to reaffirm the validity of the first statement.

IBB reportedly unequivocally rejected the second statement insisting it was issued by friends and had nothing to do with him.

However, the ex-president was said to have expressed dissatisfaction with the way the statement he issued was treated.

Nigerians reacted to the controversy in different ways

Ibrahim Babangida is the second former Nigerian president asking President Muhammadu Buhari not to seek reelection. He released the statement less than two weeks after former President Olusegun Obasanjo wrote a letter to Buhari asking him not to contest in 2019.