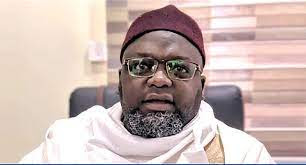 The Department of State Services (DSS) has said the outcome of investigations of bandits’ negotiator, Tukur Mamu, is mind-boggling, warning the public against further comments on the subject.

A statement by the DSS spokesman Peter Afunanya on Sunday maintained that the Service won’t be distracted by the comments relating to Mamu’s arrest.

“The Department of State Services (DSS) has followed, with keen observation, overzealous comments by sections of the public in view of issues relating to the arrest and investigation of Tukur Mamu,” the statement read.

“The Service wishes that it is not distracted by some of the skewed narratives pervading the media space.

“Instead, it requests to be left alone to concentrate on the ongoing investigations, the outcomes of which have remained mind-boggling. Meanwhile, the Service will cease further comments on the subject matter since the Court will determine its course. Consequently, the public is hereby enjoined to desist from making unguarded utterances and await the court proceedings.”