newsheadline247
Home News We can no longer sell at N145 per litre – Oil marketers...
Advertisement 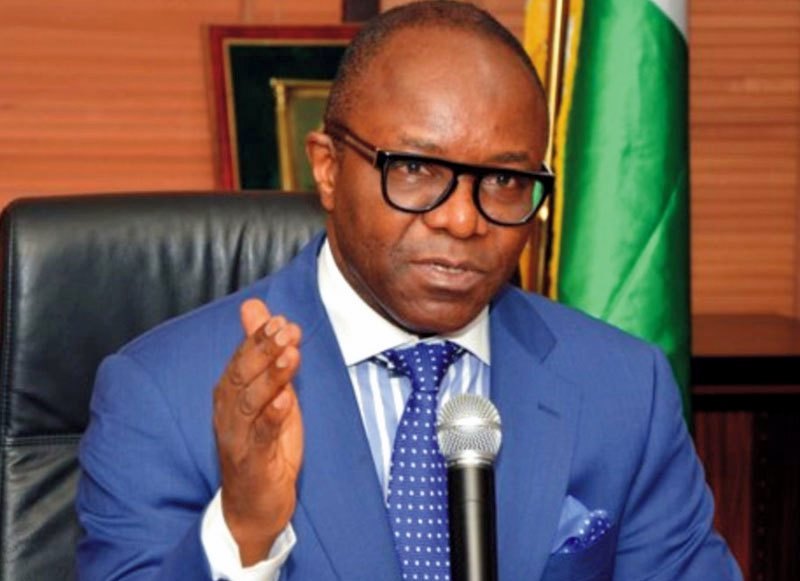 Oil marketers say it is no longer profitable to sell premium motor spirit (PMS) better known as petrol at the rate of N145 per litre.

They made this known on Tuesday during a meeting with top government officials at the presidential villa in Abuja.

Abba Kyari, chief of staff to the president, presided over the meeting which held at the state house conference centre.

Addressing journalists at the end of the meeting, Dapo Abiodun, chairman of Depot and Petroleum Marketers Association of Nigeria (DAPMAN), spoke on the cause of the petrol scarcity.

“Today’s meeting was called at the instance of the chief of staff to the president and it was to find out exactly what happened, where we had the problems we had in December with the supply of petrol and how Nigerians were made to go through the pains and suffering,” he said.

“He wanted to know the truth and to ensure that going forward this problem will be solved once and for all. And that is why you saw that we sat in here from 2 pm and the meeting just finished after three and half hours.

“A lot of issues were raised and a committee was constituted that will meeting tomorrow under the chairmanship of the minister of petroleum to further go into the nitty-gritty and to ensure that these problems do not reoccur again.

“From our point of view as marketers, we made our submission known to the government and we emphasised the fact that this was not a marketer-related problem. There was no hoarding on the part of any marketer. Marketers are your brothers, they are Nigerian citizens, they are businessmen, no marketer makes money from hoarding petroleum products, our business is to take petrol and sell.

“We explained that the problem that you saw is not willful on the part of anyone either NNPC or marketers.

“The situation, from our point of view, is that from January to December, the price of crude remained relatively stable. Following the Hurricane Katrina in the month of September, October, crude prices went up and marketers lost the ability to import and sell at N145 per liter.

“Since the price of crude is directly proportional to the refined product, we could not import petrol and sell at N145 anymore. And this business is a partnership between marketers and NNPC. Marketers being in a certain volume and NNPC also brings in a certain volume.”

He also spoke on the cause of fuel scarcity, advising the government on the steps to take to avoid a repeat of the situation.

“In the past marketers bring in about 60% while NNPC brings about 35 to 40 percent. But by the month of October marketers completely stopped importing because there no more subsidy so we can’t sell for profit so we have to stop importing.

“So, the burden of importing 100% now fell on NNPC. S,o you can imagine a situation where NNPC was importing in part and marketers were importing in part and then suddenly NNPC begins to import 100%. Couple with the fact that in the months we called the ember months from October to December the consumption of petrol is highest in the country.

“So, you now have what we call a double warning. NNPC is suddenly finding its importing what they probably didn’t expect in terms of volume and the fact that Nigerians themselves are consuming more volume that they will normally consume in earlier months. Couple with the fact that the countries that are surrounding us as a nation are all selling fuel at more than $1 per liter. $1 today is about N360. If you go to Cotonou, Ghana, Niger so is not unlikely that some of our petrol is finding itself across the body to these countries.

“All these are issues we believe amounted to what we saw in December but thankfully NNPC rose to the occasion, they stepped up import, stepped up supplies that situation has since normalized.

“Today’s meeting is to ensure that this does not happen again and this we are going to continue tomorrow in the committee that was set up under the chairmanship of the minister of state for petroleum to ensure that we find a long-lasting and enduring solutions to this problem so that Nigerians will not have to go through this borrowing situation again.”