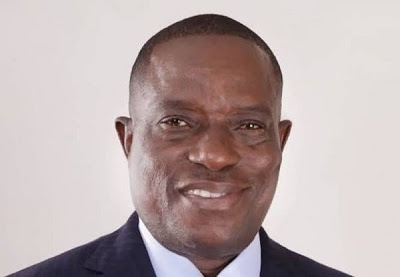 A state High Court sitting in Port Harcourt, Rivers State, has declared that Victor Giadom,  a former Deputy National Secretary of the All Progressives Congress (APC), cannot be the Acting National Chairman of the party.

Newsheadline247 gathered that the presiding judge, Justice Florence Fiberesima, granted an order of perpetual injunction restraining Giadom from parading himself as a member of the National Working Committee (NWC) of the APC in a suit filed by Dele Moses & Others.

Wechie Livinstone, the Media Adviser to the APC Acting Chairman in Rivers State, Igo Aguma, confirmed that the court ordered the APC not to recognize Giadom named as the third defendant in the case as a member of the NWC.

The court also granted an order restraining Giadom from issuing, signing or endorsing any document or correspondence to the Independent National Electoral Commission (INEC) or any other body or institution in the capacity of the National Chairman or Acting National Chairman of the APC or howsoever as an officer of the APC.

The court said Giadom could not be claiming to be a member of the NWC having resigned from his position to contest the 2019 general election as the Deputy Governor.

Gaidom had on Wednesday, June 17, 2020, declared himself as acting national chairman of APC following the suspension of Comrade Adams Oshiomhole as a member and National Chairman of the party.