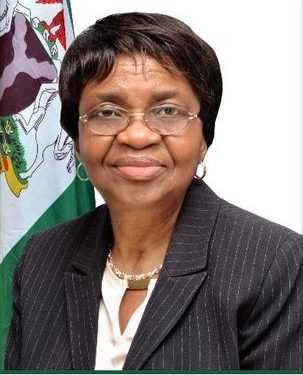 The National Agency for Food and Drug Administration and Control (NAFDAC) has said it will continue with the chloroquine clinical trials for treatment on COVID-19 patient despite the suspension of the usage of the drug test by the World Health Organisation (WHO).

NAFDAC director-general, Mojisola Adeyeye, stated this during a programme on TVC, on Tuesday.

WHO, had on Monday,  announced a “temporary pause” in its solidarity trial on the use of hydroxychloroquine for treatment of COVID-19 patients.

The director-general of the world health body, Tedros Ghebreyesus, cited the study published by The Lancet, which had examined the effects of the use of hydroxychloroquine alone or when used with a macrolide, and reported a higher mortality rate.

But the NAFDAC DG, in response the WHO’s decision, said there is data to prove that chloroquine is effective in treating COVID-19 patients, particularly at the “mild stage” of the virus.

Adeyeye said Nigeria would continue its clinical trials which may take three to four months.

“There is data to prove that hydroxychloroquine worked for many COVID-19 patients. Therefore, we would continue our own clinical trials in Nigeria. Hydroxychloroquine has been proved to work at a mild stage. So the potency depends on the severity of the disease in the patient’s body,” she said.

Read Also WHO suspends trial of hydroxychloroquine as COVID-19 treatment

“If medical doctors, research scientists, pharmacists, herbal experts work together, we should conclude the clinical trial in three to four months. The narrative might change afterwards but for now, we believe in hydroxychloroquine.”

Fiona Braka, the officer in charge of WHO in Nigeria, had announced that the solidarity trial had started in Nigeria.

Three days later, Akin Abayomi, commissioner for health in Lagos State, South-West Nigeria, also said the state had concluded plans to roll out hydroxychloroquine trials for possible prevention and treatment of the coronavirus in the state.