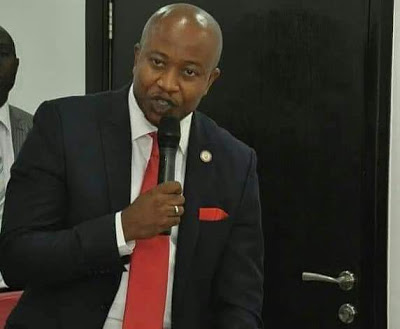 I have been reading with heavy heart and unbelief the endless lies peddled by one Azuka Jebose reportedly based in Maryland, United States. The crude manner Azuka Jebose has dabbled into the affairs of Idumuje-Ugboko kingdom by telling all sorts of lies against renowned philanthropist, Hon. Prince Ned Nwoko and other notable members of the Nwoko Royal family is an indication that he is either hired by mischief makers or seeking for recognition to feed from the wicked deception he is creating on social media

His only role was when He exercised his powers as the oldest in the Nwoko Royal family and summoned a meeting of the Umu-Omorhusi Nwoko family upon the directive of his Royal Highness Ogbogidi Obi Albert O. Nwoko III. MON JP on the 8th of November, 2015.

Prince Martin Nwoko made invaluable contributions in the peace meeting which attracted members of the family both home and abroad. Another notable role played by Prince Martin Nwoko was his sound contribution in the meeting summoned by the Assistant Inspector General of police in his office in Benin City on the 1st of June, 2017 where he confirmed that His Royal Highness Ogbogidi Obi Albert O. Nwoko III. MON JP approved 90 hectares of Land for STARS University project but that some persons within the palace were opposed to the approval.

It is important for Azuka Jebose and his sponsors to note that Hon. Prince Ned Nwoko is not a complainant in any of the matters in court and so linking him with the matters clearly shows desperation and unprovoked aggression to attack his personality.

I can go on and on to mention the numerous lies told by Azuka Jebose and his cohorts in an attempt to malign the person of Hon. Prince Ned Nwoko but let me stop at this juncture but to challenge Azuka Jebose a bit. If truly you are a son of Onicha-ugbo in diaspora, you should be more interested in making peace rather than threatening social harmony and progress in your neighbouring community, Idumuje-Ugboko. If truly you are a son of Onicha-ugbo who have benefited from University education, you would gladly embrace and support the STARS University project which is on the treshold of opening up Communities Anioma area and contribute immensely to the socioeconomic status of the people.

Suffice to say that If you, Azuka Jebose or your Children don’t need University Education or Employment in the STARS University, there are numerous youths and adults in Onicha-ugbo, Idumuje-Ugboko, Anioma and indeed beyond that earnestly need them.

It is my advice to you Azuka Jebose and your cohorts to stop dabbling into the affairs of Idumuje-Ugboko as you are not knowledgeable to speak or write in that regards. It is also my candid advise that you and your sponsors stop peddling lies against STARS University land issues and Hon. Prince Ned Nwoko as the people are far better enlightened and informed to accept the gibberish you post on social media.

It is instructive to note that after the unfortunate crises that rocked Idumuje-Ugboko for over 5 years, a peace process has been instituted by a Committee of Traditional Rulers ably led by our revered royal father, His Royal Majesty, Obi Emmanuel Efeizomor II, the Obi of Owa Kingdom with the full support of other Kings in Anioma.

I have the firm belief that there will be light at the end of the tunnel. Therefore, the actions of everyone at this critical time should be guided accordingly in order not to jeopardize the peace process as we cannot afford to go back to the trenches.

Azuka Jebose. You are supposed to be a journalist. Journalism is an honourable profession. You must learn to write with honour,to dignify not destroy.