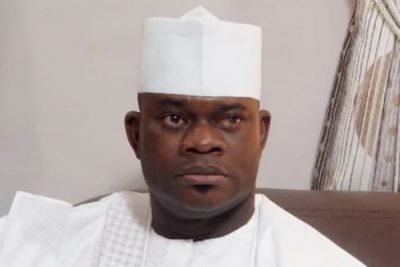 Supporters of Kogi East Senatorial candidate Victor Adoji are having it very tough ahead of the shifted general election.

Information filtering in has it that African Democratic Congress (ADC) candidate’s supporters are being hounded out of town ahead of the Saturday, February 23, 2019 poll. ‘’They are being arrested and attacked under different facades,’’ a source stated.

Details available alleged Edward Onoja, the Chief of Staff to Governor Yahaya Bello as masterminding the intimidation of Adoji’s supporters. Senatorial candidate Adoji confirmed the information. He disclosed that his supporters are currently moving out of town to avoid attacks and related intimidation tactics being deployed by the Governor’s Chief of Staff.

Governor Bello, a chieftain of the ruling All Progressives Congress had boasted to President Buhari that he would deliver Kogi state ‘’100%’’ to the President. It is believed that Onoja is acting out a part of the script to help the Governor deliver on the promise with the hounding of Adoji’s supporters.

The election for the President, Senator and Federal House of Assembly Members hold on the same day. Adoji had stirred up a whirlwind of support that has thrown up intimidating popularity ahead of the election.

The ADC’s Senatorial candidate’s formidable political presence had attracted the attention of the ruling party chieftains, especially Governor Yahaya. This development reportedly resulted in an alleged consistent attack which Adoji kept reporting on Facebook social media page, Dr. Victor ALEWO Adoji 2019 – with pictures -, including the recent burning of the house of a passionate supporter.