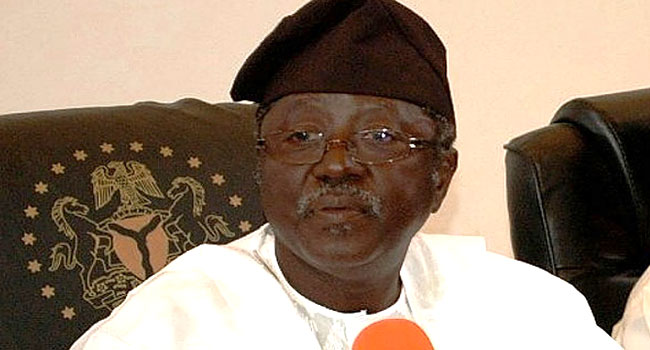 Nigeria’s anti-graft agency, the Economic and Financial Crimes Commission (EFCC) is prosecuting the duo for alleged criminal breach of trust and misappropriation of Plateau State funds to the tune of N6.3 billion.

Led in evidence by prosecution counsel, Rotimi Jacob SAN, Igwe, who was a senior manager and head, Jos branch of Zenith Bank from 2014 to 2015 narrated how N2 billion Micro, Small and Medium Enterprises Development Fund (MSME), granted by the federal government through the Central Bank of Nigeria, (CBN) for provision of affordable credit to participants was diverted.

“My lord we have the Plateau State Project One Account and Plateau State Small and Medium Enterprises Development (PALSMEDEN) account.

An inflow of N2 billion from Central Bank of Nigeria came into the Plateau State Project One Account and the inflow was for Small Scale and Medium Enterprises and immediately I saw the inflow in the Project One Account, I notified the commissioner of Finance and the state’s accountant-general that there was an inflow of N2 billion into the Project Account One, instead of the PALSMEDEN account. I notified them because they are the accounting officers of the state.

“The PALSMEDEN account was supposed to house the money for the Small Scale and Medium Enterprises because that was the essence of the account, and was supposed to be disbursed in due course to the micro finance banks, and then to the end users.

A twist, however, came on March 24, 2015, when the bank received a counter instruction to transfer the money back to Project One Account, which is the wrong account for the fund. And against what the money was meant for, Igwe disclosed that on March 25, 2015, the bank was asked to transfer N900,000 (Nine Hundred Thousand Naira) to the Ministry of Information, N50 million to Government House Administrator, N150 million to OSSG’s Cabinet Office, another N150 million to OSSG’s office.

After a cross-examination of the witness, Jang’s counsel, Mike Ozekhome, SAN, applied that his client be granted leave to travel to United Arab Emirate for medical treatment, promising that he will be back before the next adjourned date.

Justice Dabup granted the prayer and adjourned the matter till February 16, 17 and 18, 2021 for continuation of trial. It could be recalled that the prosecution on Wednesday, November 4, 2020, presented the first witness (PW1), Mr. Olayetan Mudashir Adeola, a retired director in Development and Finance Department of the Central Bank of Nigeria (CBN), who in his testimony informed the court that Jang as governor of Plateau State insisted that the N2 billion MSME fund be paid into “Project One Account,” which was not meant for the fund.

According to Adeola, “In August 2014 we received a notice of interest from the Plateau State government for their participation in MSMEs. In addition to that, the state government submitted Irrevocable Standing Payment Order (ISPO) equivalent to the amount of N2 billion, and the interest was two per cent.

“When we received the account, we observed it was not the account that was initially created for the disbursement, so we requested for another account, for which they sent two accounts that were not also the accounts for the purpose. It is after receiving these three accounts, that the then state governor, Jang insisted that we should pay the money into “Project One Account.”

Adeola further stated that after getting all the documents and reviewing them, approval was secured for the disbursement of the funds to the state government since the state had met the requirements for disbursement.

Jang and Pam were first arraigned in June 2018, on 17-count charges bordering on misappropriation of funds, criminal breach of trust and taking corrupt advantages to the tune of N30,236,024,219.88 (Thirty Billion, Two Hundred and Thirty-Six Million, Twenty-Four Thousand, Two Hundred and Nineteen Naira, Eighty-Eight kobo), and re-arraigned in February this year, following the re-assignment of the case to Justice Dabup by the state’s chief judge, Justice Yakubu Dakwak after the initial trial judge, Justice Daniel Longji, on his last day on the bench (December 29, 2019), dismissed the defendants’ no-case-submission, and held that they have a case to answer.

Read Also: I am not a sectional governor – Abiodun reacts to alleged neglect of Ogun West