HomeSocietyDetails: How Tinubu denied me Oniru throne to protect his business interests,...
FeaturedSociety 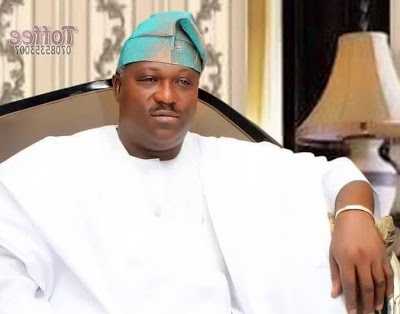 “Suddenly, Chief Tinubu called our client for a meeting and informed him that his business partners with whom he had his personal project of Eko Atlantic City, had complained to him about our client that he is a meticulous person who would not be compromised on merit and would scrutinize and expose certain dealings along Iru axis that they would prefer to remain a secret.”

A Prince of Iruland, Hakeem Ajasa, who is a member of the Abisogun ruling house, has written a pre-litigation letter to the national leader of the ruling All Progressives Congress (APC), Asiwaju Bola Tinubu, and Lagos State Governor, Babajide Sanwo-Olu, accusing them of manipulating the process of selecting the Oniru, Oba Omogbolahan Lawal.

The letter was also addressed to the local government chairman, Eti Osa local government area, Commissioner for Local Government Affairs, the Attorney-General of the state, the current Oniru, and the Elegushi of Ikate Land

In a letter dated October 27, 2020, Ajasa claimed he had been selected as the next Oniru but Tinubu called him to a meeting and informed him that he would have to give up his ambition because his business partners were not happy with his emergence.

Ajasa revealed this in a letter titled, ‘Possible Amicable Resolution in Compliance With Order 5 Rule 1 Sub-Rule 2 Sub-Sub Rule (E) of the High Court of Lagos State (Civil Procedure) Rules 2019 and in Respect of Pre-Action Protocol in the Proposed Matter of Prince Hakeem Oriyomi Ajasa (Oniru Elect) and Ors’.

According to the letter which was signed by his lawyer, Ishola Agboola, the prince stated that he remained the only candidate selected by the Abisogun ruling house but Tinubu went ahead to pick Lawal, who he said did not take part in the contest.

The letter read in part, “Prince Hakeem Oriyomi Ajasa was and remains the only candidate nominated, selected and appointed by the Abisogun ruling house of Iru kingdom as the Oniru of Iru (elect) but the Lagos State Government, at the behest of Chief Bola Ahmed Tinubu, and to the chagrin and disappointment of people of Iru Kingdom, imposed one Prince Gbolahan Lawal who did not partake in the selection, nomination or appointment exercise held by the Abisogun ruling house.”

He said the entire members of the Iru royal kingdom had confirmed in a broadcast on TVC on December 8, 2019, that he had been picked by the Abisogun ruling house in line with the declaration of September 14, 1993, and the custom and traditions of Iru kingdom.

The letter further read, “Suddenly, Chief Tinubu called our client for a meeting and informed him that his business partners with whom he had his personal project of Eko Atlantic City, had complained to him about our client that he is a meticulous person who would not be compromised on merit and would scrutinize and expose certain dealings along Iru axis that they would prefer to remain a secret.

“According to Chief Tinubu, his business partners demanded that he should use his political might in Lagos State to coerce the Lagos State Government to impose Gbolahan Lawal on the princes, princesses, and people of Iru kingdom despite the nomination of Prince Hakeem Ajasa by the Iru kingdom.”

He said rather than recognize the choice of the ruling family, the Lagos State Government decided to choose Lawal which he said was against the principle of natural justice.

According to the letter, Ajasa had informed his lawyer, to take the matter to court to make 13 prayers one of which included that he be recognized as the real Oniru of Iruland and that he be paid the sum of N500m as general damages.

Confirming the letter to one of our correspondents, Ajasa said he had enough evidence to present in court when the need arises.

He stated that Tinubu had in the presence of at least eight other persons, explained why he would not be the next monarch.