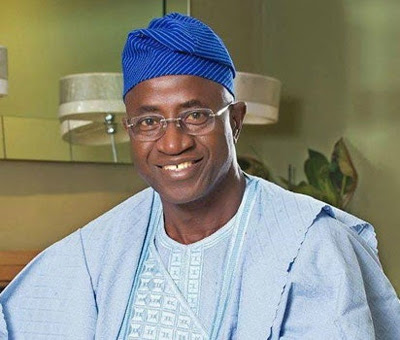 Odegbami who disclosed this on Tuesday said that his application for the license to operate a sports radio station was approved by President Muhammed Buhari.

“Yesterday, I received the news that the Sports Radio Station license I had sought for 17 years has been approved by the President. A new chapter has been opened for me in my very humble and eventful journey through life,” he said.

The ex-Nigerian international popularly known and called mathematician in his playing days also added that he had waited and watched in some “shock and amazement” for all of seventeen years as radio broadcast licenses were been flung around the country.

He, however, expressed joy after his application was eventually approved.

According to him, the new radio station will be located in Wasimi Orile in Ogun State, same location where Segun Odegbami International Sports Academy is situated.

“Wasimi Orile in Ogun State is the location of this new and exciting project. All those who can, should join hands with me and help me in every way to make this an addition to my small legacy on earth,” Odegbami said.

Odegbami’s Sports Radio Station is the second in the country after Larry Izamoje’s Brilla Sports FM.

Share
Facebook
Twitter
Pinterest
WhatsApp
Linkedin
Tumblr
Telegram
Previous articleLagos launches manhunt after co-passengers of Italian patient, says ‘It’s a matter of national security’
Next articleSanusi is in my palace but no one will speak with him – Nasarawa monarch