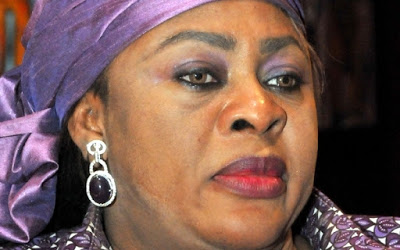 Ms Oduah was sacked by then President Jonathan on February 12, 2014, after she was involved in misappropriation of public fund scandals

A former Minister of Aviation, Stella Oduah, will be arraigned on February 22 by the Economic and Financial Crimes Commission (EFCC) at the Federal High Court, Abuja, for alleged misappropriation of public fund.

According to News Agency of Nigeria (NAN), Ms Oduah was scheduled to be arraigned on Tuesday, but the judge, Inyang Ekwo, had to adjourn the case because the ex-minister was absent and had not been served with the relevant court documents.

Ms Oduah, a serving senator currently representing Anambra North Senatorial District, was in February 2014 removed as the aviation minister by then President Goodluck Jonathan following multiple fraud scandals she was involved in.

The former minister later got involved in the campaigns for Jonathan’s failed 2015 re-election bid.

The EFCC recently charged her alongside eight others with fraud offences in the case marked, FHC/ABJ/CR/316/20.

NAN reports that the anti-corruption agency alleged that Mrs Oduah misappropriated public funds while serving as a minister.

EFCC’s prosecuting counsel, Hassan Liman, a Senior Advocate of Nigeria, in trying to defend Ms Oduah’s absence from Tuesday’s proceedings, confirmed to the court that the senator had not been served with the court processes.

The lawyer, therefore, urged the judge to adjourn the case to enable the anti-graft agency to serve the legislator.

“My lord, the matter has been set out today (Tuesday) for arraignment but I have been informed by the commission that the first defendant (Oduah) is yet to be served.

“In view of that my lord, may I humbly apply for a very short date,” he said.

Responding, the judge, Mr Ekwo, said it was the duty of the prosecution to produce defendants in court.

He then adjourned the matter till February 22 for defendants to take their plea.

Ms Oduah was sacked by then President Jonathan on February 12, 2014, after she was involved in misappropriation of public fund scandals, one of which was about the purchase of two bullet-proof cars by an agency under her supervision, the Nigerian Civil Aviation Authority (NCAA) for N255 million.

The purchase was in violation of Nigeria’s public procurement and appropriation laws.