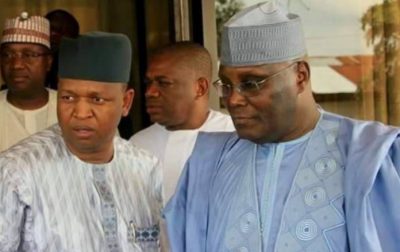 Abdullahi, the finance director in one of Atiku’s firm was arrested on Saturday by the EFCC.

Newsheadline247 understands Abdullahi was granted freedom after the anti-graft agency invited Tanimu Turaki, a senior advocate of Nigeria (SAN) leading the defence team of Atiku to sign a bail document for him.

The Commission had arrested Babalele, over an alleged €150 million money laundering and that he could use hard currency to unduly influence the outcome of many polls taking place in the country.

The PDP on Monday kicked against the arrest of Atiku’s son-in-law, noting that it was unjustifiable. The opposition party also asked for his immediate release by the EFCC.