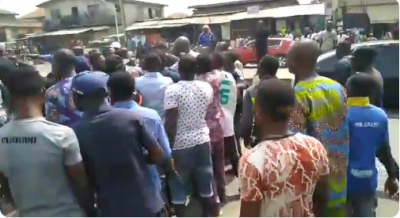 Some INEC officials conveying election results were reportedly ambushed on their way from Ipokia to Orona town hall in Ogun State.

The officials were in possession of results of national assembly elections when the suspected hoodlums attacked them.

Newsheadline247 understands some of the electoral officials injured in the attack had to be taken to the hospital.

The 2019 presidential and legislative elections had been marred by violence in different parts of the country during.