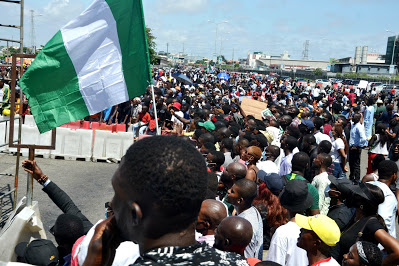 A Chief Magistrate Court in Abuja has ordered the Commissioner of Police of the federal capital territory probe 50 people who allegedly promoted the #EndSARS protest.

This is coming following a criminal complaint filed by an activist, Mr Kenechukwu Okeke who had alleged that during the riot, his properties were destroyed and the defendants who promoted the #EndSARS protests must be brought to justice.

Magistrate Omolola Akindele gave the order in a letter to the police commissioner after Okeke’s petition.

In the letter, Magistrate Akindele gave the police two weeks to investigate the matter and report back to the court for proper adjudication.