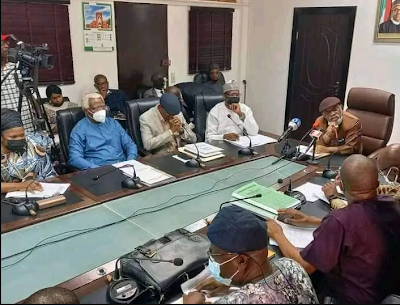 The Academic Staff Union of Universities (ASUU) has temporarily suspended its eight-month-long strike.

Though the union has yet to issue an official statement, it was learned that the decision was made at the conclusion of the National Executive Council (NEC) meeting, which was held at the ASUU secretariat in Abuja.

A member of the union’s National Executive Committee who spoke to Channels TV on Friday morning confirmed the development saying the strike had been called off after lengthy deliberation.

He disclosed that the union’s president, Professor Emmanuel Osodeke will make an official announcement later on Friday morning.

The union called the meeting to determine its next course of action after its state branches met last week in response to the Court of Appeal ruling.

Before hearing ASUU’s appeal of the decision ordering lecturers to resume work, the Court of Appeal had ordered them to call off their strike.

The meeting at the ASUU National Secretariat in Abuja was attended by members of the union’s National Executive Committee, which is made up of the leaders of the state chapters and the national executive.

Earlier reports had detailed that most state chapters of the union had voted for the strike to be called off.

ASUU has been on strike since February 14 this year.