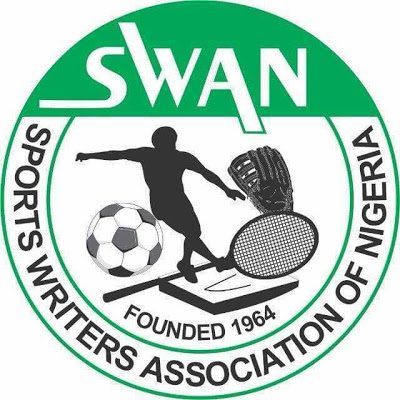 Foremost Nigerian Construction Company in, First August has expressed its readiness to partner Sports Writers in Ogun State for the betterment of the association.

The Chairman of the company, Engr. Mutiu Adebowale gave this assurance on Thursday when new executive members of Sports Writers Association of Nigeria (SWAN), Ogun State chapter paid him a working visit.

Engr. Adebowale who is also SWAN Patron in the state harped on the importance of sports writing as a special aspect of journalism which requires skills and deep knowledge of the games, said his company would support SWAN in all ramifications.

He expressed confidence and satisfaction in the new leadership of SWAN in the state led by Hakeem Akintunde, calling on members of the association to support the executive.

In his words, “I’m delighted with this new set of young professional sports journalists in the state. You have exhibited true sportsmanship in your last election by organizing a rancour free election and ensuring that you followed the laid down covid-19 protocols. I’m impressed with that.

“I’m happy with the new ease of life in Ogun SWAN and I hope your national secretariat will take a cue from this peaceful progression. As an organization and as your Patron, I will continue to support you in all ramifications you need my assistance for. It’s a partner in progress this time around.”

Meanwhile, Engr. Adebowale, a former President of the prestigious Abeokuta Sports Club has been appointed as Chairman, Board of Trustees of the club.

The Club at its Bi-annual General Meeting held at the club in July in line with the COVID-19 protocols ratified the appointment of the industrious Egba son.

Adebowale while reacting to his appointment described it as a heartwarming and well appreciated.

He applauded the club’s executive for selecting him out of numerous members of the club.

Chairman of Ogun SWAN Alhaji Hakeem Akintunde appreciated Engineer Adebowale for his unflinching support, noting that his charismatic presence as the Association’s patron will further spur members to continue carrying out their duties and also get actively engaged in sustaining the quality known with sports writing in the Gateway State.