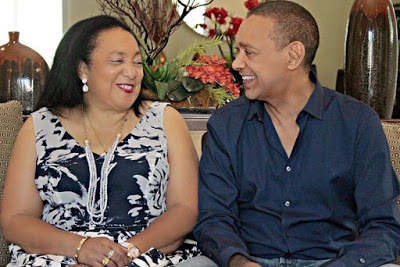 Ben Murray-Bruce, a former Senator who represented Bayelsa East, has announced the death of his wife, Evelyn Murray-Bruce.

According to him, Evelyn was battling cancer before her death.

In his message, he described his late wife as a blessing to many.

Muray-Bruce also mentioned early detection and treatment of cancer as a key to survival.

I’m broken. Just lost my beautiful wife to cancer. She was my best friend for 43 years and my wife for 41 years. Cancer is real, but it shouldn’t be a death sentence awareness, and early detection and treatment are key to survival. I miss her so so much. I’m broken.

“Our children are devastated, I am too. But I have to be strong for them. Please put our family in your prayers. Like the sun, my wife was a blessing and touched the lives of everyone she met. Though she’s gone, she’d remain alive in our hearts forever.

“I miss you, my sweetheart, and my most beautiful girl, Evelyn Murray-Bruce. Forever yours,” he wrote.