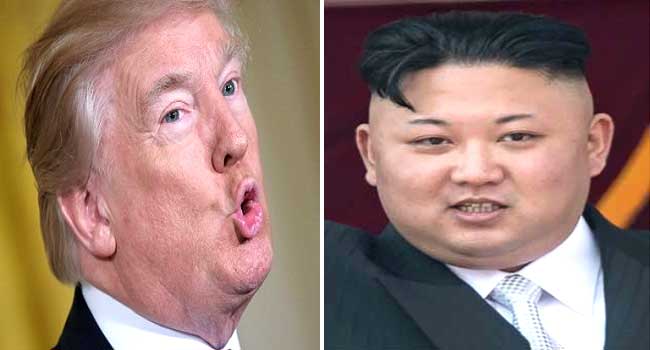 Former UN chiefs Kofi Annan and Ban Ki-moon have lashed out at the state of global leadership in the age of Donald Trump, warning a nuclear war could be triggered by accident.

“Honestly speaking, we are in a mess,” Annan told AFP in an interview ahead of Tuesday’s climate talks in Paris.

“In the past when we went through this sort of crisis, you had leaders who had the courage and the vision to want to take action, to understand that they needed to work with others,” he said.

At a time of growing US isolationism — Trump has announced plans to leave the Paris climate deal agreed two years ago on this day — Annan urged leaders to cooperate better on fighting terrorism, migration and global warming.

“Today, leaders are going in the wrong direction,” he said. “Leaders are withdrawing.”

He expressed particular concern over escalating tensions with North Korea, warning: “One miscalculation, one mistake and we are all victims”.

“It may not be a deliberate decision to start a nuclear war,” he added, adding that inflammatory rhetoric — without mentioning Trump or North Korean leader Kim Jong-Un by name — was not helping.

Ban, who like Annan spoke to AFP as part of The Elders group of senior statesmen and women, blasted Trump’s climate stance as “politically short-sighted and misguided”.

“The richest and most powerful country” in the world is disengaging from a historic deal that “even countries like Syria” have signed, Ban said.

“We are seeing more and more troubles and conflicts still continuing, because of the lack of global commitment and global vision,” he added.

French President Emmanuel Macron in particular, he suggested, appears willing to shoulder more responsibility: this week’s climate talks are his latest bid to play a lead role in global affairs.

“I think Europe certainly has a role and a capacity to play a role, and the important leaders in Europe. Definitely one of them is President Macron,” Brahimi told AFP.

The United States has “absolutely” disqualified itself as a broker in the Israeli-Palestinian conflict through Trump’s decision to recognise Jerusalem as Israel’s capital, he added.

“They have now announced with this statement ‘We are not going to mediate anymore’. And the thing is, I think someone should step in because this problem is not going to go away.”

As a new round of peace talks gets under way in Geneva this week, Brahimi — who like Annan quit as the UN’s Syria envoy in frustration over years of deadlock — said he hoped this time things might be different.

“I think we have come now much closer to the realisation that indeed there is no military solution. There is some hope there,” he said.

“The other thing is that there was fear that Syria would break up as a country. It does seem that the unity of Syria can be preserved if people really start working for a political solution.”