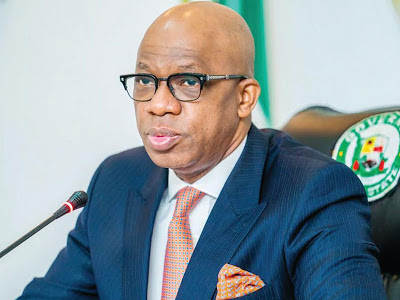 Contrary to doubts, insinuations and agitations from different quarters, workers in Ogun State have started rejoicing, upon the alerts of October salary received from their respective banks, with the new minimum wage increase.

It would be recalled that the State Government had an agreement with the leadership of the Nigerian Labour Congress (NLC), Trade Union Congress (TUC) and Joint Negotiating Council (JNC) to effect the new mimimum wage and this has been fulfilled.

Some workers who spoke with our correspondents, Adebimpe Olaitan and Femi Osipitan expressed their happiness for the payment of the minimum wage, saying this was a welcome development.

Expressing his delight, Commander Oluwafemi Odukalu of the Traffic Compliance and Enforcement Agency (TRACE) said, “to be honest I was expecting something close to that increment but when I saw the actual amount added, I was overwhelmed because i didn’t expect that much” thanking the Governor for fulfilling the promise.

On her part, Mrs. Oluwatosin Owotomo of the Ministry of Education, Science and Technology appreciated the Governor for keeping the promise made and for not paying lip service to the welfare of workers.

Some of the lower level officers, it was learnt got as much as 100% salary rise, while those on higher grades got “substantial increment’.

In an interview with the Commissioner for Information and Strategy, Alhaji Abdulwaheed Odusile, he said, “it is a good thing, the Governor has promised the labour that he would pay and this is another promise made and promise kept”.

According to the Commissioner, “the Government of Prince Dapo Abiodun will always take the welfare of workers seriously,  just as it is committed to the welfare of all residents and indigenes of the State”.

Odusile thereafter enjoined workers to be up and doing and dedicated to their work so that “we can have the Ogun State of our dreams”.