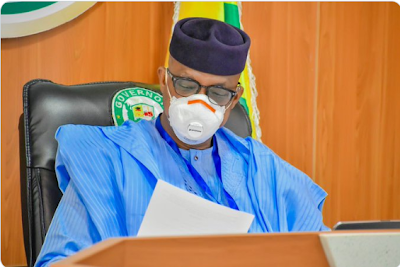 “We will not condone any act of criminality in the state no matter who is involved.”

Ogun State Governor, Prince Dapo Abiodun has ordered the security agencies in the state to investigate the recent clash between herdsmen and farmers in the Yewa area of the state that led to the loss of life and destruction of properties.

In a press statement issued and made available to newsheadline247 by his Chief Press Secretary, Kunle Somorin, on Saturday in Abeokuta, Governor Abiodun has also set up a Special Task Force that will maintain a presence in all areas of the state prone to herders/farmers conflict to maintain peace and quickly respond to any form of violence or crimes.

“The government is immediately setting up a joint security patrol team/task force involving all security agencies in the state to not only deal with the situation, but to also nip in the bud any threat to violence or criminality”, the governor was quoted as saying, adding “our first priority in Ogun State is the safety of lives and properties of everyone, and we will not compromise on that,” the statement said.

Governor Abiodun who gave the order in Abeokuta at the end of the state Security Council meeting, also directed that those behind the recent violence in Eggua in Yewa North area local government area of the State should be brought to justice.

“We will not condone any act of criminality in the state no matter who is involved. The police and other security agencies have been directed to go after the perpetrators of this act and bring them to book. We will not allow anybody to disrupt the peace in Ogun State, and anyone who tries to test our resolve to maintain peace in our state will have himself or herself to blame”, the governor said.

While commiserating with the family of the deceased, Governor Abiodun also expressed his sympathy to those who lost their farmlands as well as cows during the unfortunate incident.

“Our State is known for being a haven of peace, security and harmonious relationship amongst people of different ethnic groups whether citizens or settlers who consider the State their home. This is a long and cherished tradition that we are proud of and which this Administration is committed to sustain.

“We, therefore, condemn in strong terms the recent unfortunate violence orchestrated by certain elements by whipping up and capitalising on divisive ethnic sentiments to perpetrate an agenda that is inimical to public security and safety,” the Governor further said.

While recalling the efforts of the state government to ensure the sustenance of the age-long peaceful co-existence between the local farmers and the herdsmen, the governor has convened an expansive stakeholders’ meeting to hold next week, involving farmers, herdsmen and other stakeholders to bring about a lasting peace.

“Our hearts go out to the family of the deceased and those who lost their properties in the needless violence. This Administration is determined to end this unfortunate cycle of violence and we are hopeful that all the inclusive Stakeholders’ meeting will identify specific and practical initiatives that will achieve the desired end.

“In the meantime, all residents of the State are enjoined to continue to go about their lawful businesses and report any strange movements or threats to peace in their neighbourhoods to the security agencies who have been put on red alert to respond swiftly and act decisively”, the statement concluded.