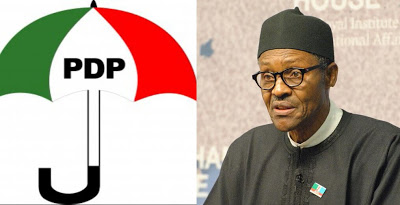 Nigeria’s major opposition party, the Peoples Democratic Party (PDP), has warned the President Muhammadu Buhari-led government on the consequences of the hike in electricity tariff and price of petrol saying it may increase the rate of suicide in the country.

The party also warned that the increment may lead to Nigerians resorting to slavery abroad.

The PDP was reacting to a remark by the Minister of Information and Culture, Lai Mohammed on Nigerians paying less for electricity and petrol.

Mohammed had said the price of petrol and electricity tariff in Nigeria was one of the lowest in Central and West Africa.

Ologbondiyan in a statement issued on Tuesday, said: “We remind President Buhari that this hike will worsen the scary situation in the last five years, where compatriots are resorting to suicide, slavery mission abroad as well as selling of their children as options.

“PDP, therefore, rejects the highly irrational argument by the Minister of Information, Mohammed, that fuel price is lower in some West African countries, without presenting the contradictory economic settings in those countries and ours.”