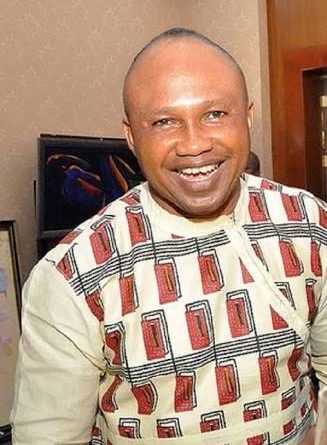 A former President of the Association of Movie Producers in Nigeria (AMPN), Paul Obazele, has said that gay and lesbianism has taken over the movie industry.

He fingered movie producers as major players of the same sex activities rocking the industry.

Obazele while speaking with The Punch NG claimed he tried to restrain homosexual activities in the Nigerian movie industry when he was still the president.

In his words, “I would not lie, we have gay producers and lesbians in the Nigerian entertainment industry and they are the people in control. Why are we hiding it?

“When I was president of the Association of Movie Producers, I was against them. Why are we pretending that it does not happen?

“The truth be told, it happens across the board. If you mention the names of some producers, I would gladly tell you if they are gay or not; they cannot do anything to me.

“If they bring a war to me, I would take it to their doorsteps. I do not give into gossips but I have got to a place in my life when some unsolicited piece of information come to me.

“They must tell me. I am an elder in this industry and that is why I said if you mention names, I would tell you if the person is gay or not. It does not elude us; it happens within our rank and file.

“But like I always say, sex is not the ultimate step to attaining success, it is hard work.”

I asked my daughter to go for BBNaija after my failed attempts, says Angel’s mum