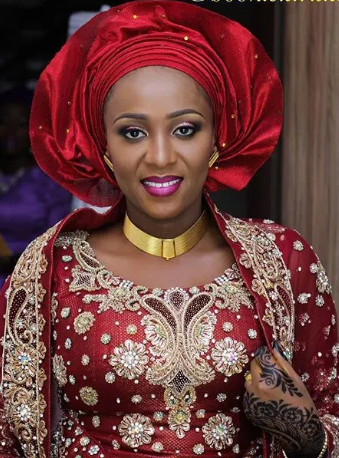 Maryam who was granted bail when it was discovered that she was pregnant and there were no facilities to take care of her at Suleja prison on Wednesday in Abuja named her newborn baby according to Islamic rite.

Maryam was alleged to have killed her husband, Bilyaminu Bello, on Nov. 19, 2017, through multiple stabbing and was arraigned alongside three other persons.

Recall that three other persons, Mrs Maimuna Aliyu, Maryam’s mother; Aliyu Sanda, her brother; and Sadiya Aminu, her housemaid, were charged with conspiracy in the murder case after the gruesome killing of Bello..

The late husband was one of the sons of a former National Chairman of the Peoples Democratic Party (PDP), Dr Haliru Bello-Muhammed.

Affiku Kuje, Legal Adviser to Justice Halilu confirmed that Maryam was granted bail because she was pregnant, adding that it would be inappropriate to allow her deliver in the prison.

Kuje added that the Suleja prison facilities were not conducive enough to allow for save delivery, hence she was granted bail by the judge.