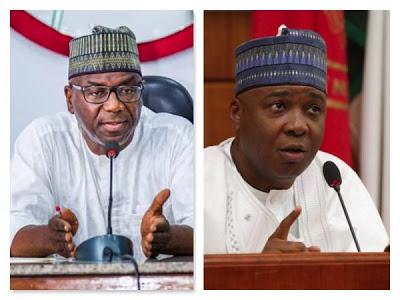 The proffered out-of-court settlement on the demolished ile Arugbo between the Kwara State Government and Saraki’s family has hit the rock and has consequently forced the two parties to return to the courtroom.

The AbdulRahman AbdulRazaq led-Kwara State Government had demolished ‘Ile Arugbo’ (Old peoples’ house), a property specifically set aside to accommodate and attend to the welfare of the old people in the state.

Reports indicate that the property which is said to belong to late Nigerian politician, Olusola Saraki, was originally scheduled to be used for the construction of a public hospital, secretariat for civil servants in Kwara State and parking lot in the 1980’s.

But the late Saraki reportedly allotted the said land to himself when he served as a federal lawmaker in the 1980s and used it to construct a home for old people, who regularly visited his abode for assistance.

However, a clinic was built but was never fully completed because the land was fraudulently assigned to one Asa Investment for commercial purposes.

After the house was demolished, Bukola, son of Olusola Saraki and a former president of the Nigerian Senate, had approached the court claiming rightful ownership of the land, adding that there was a right of occupancy title issued on it.

Both parties, thereafter, agreed to settle the matter out-of-court, a decision that was made at the last sitting.

They sought the leave of court to give them a date for the commencement of the case.

The court, therefore, fixed March 25 for the continuation of the hearing.