June 12: Atiku warns against authoritarian rule, condemns reign of fascism in some states 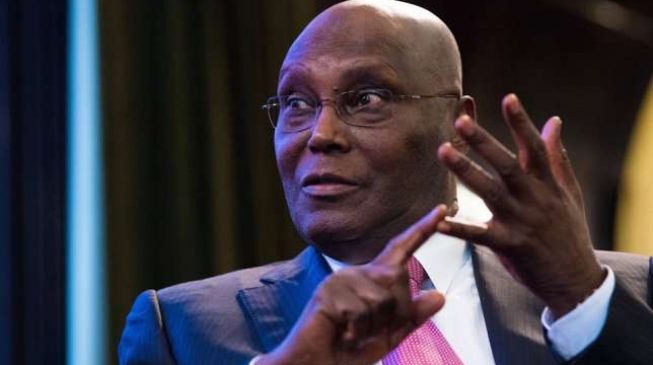 Former Vice President of Nigeria and presidential hopeful of the Peoples Democratic Party (PDP), Atiku Abubakar has warned against what he called a consistent pattern of departure from constitutional due process to tendencies of authoritarianism.

The former Vice President said in a statement marking the 25th anniversary of June 12 that there is a growing culture of arbitrariness in some of the institutions of government at all levels that is contradictory to the notion of inclusiveness and fairness that a democratic society guarantees.

In the statement released in Abuja, the former Vice President espoused that the very foundation of a democratic society is the guarantee of fundamental human rights that gives the citizenry the freedom of speech, freedom of movement and the ability of the people to belong to any lawful association that they deem inclined.

He noted that it is the exclusive responsibility of the state through the various security organizations to see to the protection of these fundamental rights of the people. But it becomes an anathema in a democracy if institutions of government begin to act in negation of these noble objectives.

Recalling the recent campaign by youth across the country against the brutality of the anti-robbery unit of the Nigeria Police, Atiku noted that up till now there has yet to be a fundamental reform in the operations of that unit.

Today, across our major cities and even in the hinterlands, citizens – especially the youth – can hardly walk freely in open avenues without the police stopping them to search through the content of their mobile handsets. Civil servants now lose their jobs just because they choose to criticize politicians in government positions.

There are even suggestions in some quarters that civil servants should be barred from signing to social media networks.

Opposition politicians are regularly being hounded on wanton criminal and civil prosecutions. All of these narratives have become a consistent pattern of behaviour that is antithetical to an open and democratic society.

In many of the states across the country, there is a reign of fascism with governors who have suddenly become overlords dealing ruthlessly with anyone who dares to challenge their ruthless foothold of intimidation and oppression.

Perhaps at this point, we need to remind ourselves that the democracy which we enjoy today did not come cheap price. It came at the cost of supreme price paid by persons that included Chief MKO Abiola, Alhaja Kudirat Abiola, Maj-Gen Shehu Yar’Adua, Chief Alfred Rewane and Bagauda Kaltho, among thousands of other patriots.

Atiku reminded that democracy isn’t merely a mechanism of appointing a government; its beauty is in the inherent safeguard to the citizenry to live and prosper as free people under the law.

Finally, he called on all political actors to let the spirit of June 12 and all that it embodies, inspire them to promote democratic principles, especially as Nigeria is about to go to the polls again.