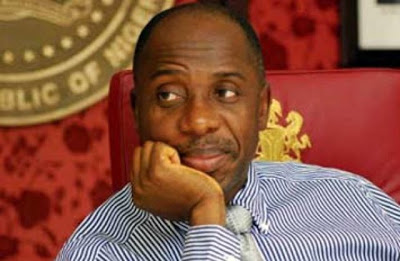 The Supreme Court on Friday dismissed the appeal by former Minister of Transportation, Rotimi Amaechi against the decision by Rivers Governor, Nyesom Wike to set up a seven-man panel to probe his eight-year tenure as Governor.

The apex court held that Amaechi’s appeal was without merit and awarded N1million cost against him.

The panel was to probe some transactions estimated at about N96billion carried out by Rivers State Government under Amaechi.

Amaechi challenged the constitution of the panel at the High Court, arguing among others, that the planned probe was intended to witch-hunt, embarrass and humiliate him.

His suit at the High Court of Rivers State was dismissed, he also lost at the Court of Appeal prompting him to approach the Supreme Court.

The Supreme Court also, in another judgment, dismissed an appeal by former Director-General of the Nigerian Maritime Administration and Safety Agency (NIMASA), Dakuku Peterside.

The appeal by Peterside was against the N6 billion defamation suit filed against him by former Rivers Governor of Peter Odili.

In a judgment on Friday, the apex court held that the appeal lacked merit.