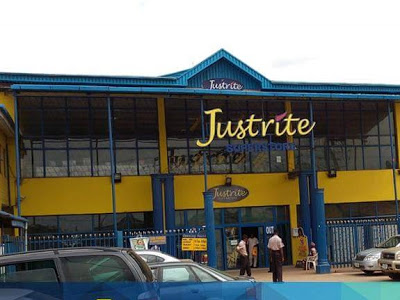 “The store would have been shut down by the ministry of health if it was included in the virus case.”

The management of the mall had in a statement urged the public, particularly its patrons, to discard the rumour which it termed ‘fictitious tales’.

A report which emerged and prominently circulated on social media over the weekend had warned customers to stay away from the chain store along Idiroko road after a COVID-19 patient had allegedly surfaced from a nearby hospital.

Citizens were also urged to avoid visiting the hospital, Medicare Clinics, Strong Tower Super Market and the Ogun State General Hospital, Onipanu, also in Ota to avoid being infected with the deadly virus.

The Chief Medical Director of Ace Medicare Clinics, Dr. Kukoyi, also confirmed to Voice of Awori, a community-based news platform, that the hospital accidentally treated a patient whose ailment was not disclosed when he approached the hospital. It was later revealed after the hospital attended to him that he had symptoms relating to that of COVID-19.

“There was a case of a patient who came around and did not disclose his true medical condition. We attended to him, but because we were fully prepared for any eventuality at this peculiar time, we acted with precaution.

“We suspected he was having something more than what he complained about because he exhibited some symptoms of COVID-19. So we placed the patient in our isolation room.

“We acted fast enough by calling the State Epidemiologist in Abeokuta, who arrived with his team promptly. Samples were taken and it turned out days ago that the man was COVID-19 positive. The State Ministry of Health had to evacuate the patient.

“Thereafter, we did the needful, fumigating and disinfecting the facility. The doctor who had direct contact with the patient has been quarantined. We didn’t leave any stone unturned,” the veteran medical expert was quoted saying.

But in a swift reaction to its involvement in the coronavirus narratives, the management of the famous chain store urged its numerous patrons and the general public to disregard such story adding that “there’s no truth in the rumour that any of the patients had anything to do with JustRite.”

According to a statement seen by newsheadline247, the store would have been shut down by the ministry of health if it was included in the virus case.

The statement titled facts and fictions reads, “There is no truth in the rumour that any of the patients had anything to do with Justrite. If Justrite was included, the Ministry of Health would have shut down the store for fumigation, etc.”

It further stated that “Justrite is not a hospital and also not part of the Medicare Clinics. The mall is directly opposite Medicare and the distance is at 100 meters or more.”

The management, in the statement, also emphasized it has along taken measures to ensure the safety of staff and well being of staff and customers well ahead of government directives.

It claimed it has further put in place process of checking the temperatures of customers before gaining entrance to the store, staff grouping to ensure social and physical distancing, sanitizing customers, wearing of masks by staffs and customers, and disinfecting shopping materials which include shopping baskets and trolleys.

Justrite recently donated a truckload of relief materials to Lagos State Government as parts of its humanitarian supports to cushion the effect of hunger amid lockdown.

However, of the 36 confirmed COVID-19 cases in Ogun State, 3 have emerged from Ado-Odo/Ota LGA, the commercial nerve of the state.