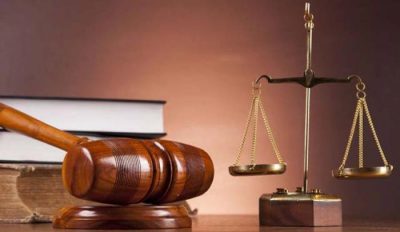 An Ondo State High Court sitting in Akure, the state capital has sentenced one Seidu Adeyemi to death by hanging.

The defendant was sentenced for killing one Khadijat Oluboyo, the first daughter of Mr Lasisi , a former deputy governor of the state.

Adeyemi, a graduate of the Federal University of Technology, Akure, was charged for killing Khadijat on July 2, 2018.

Khadijat before her death was said to be Adeyemi’s girlfriend.

Adeyemi was also reported to have buried Khadijat inside his room at Oke-Aro area in the state capital.