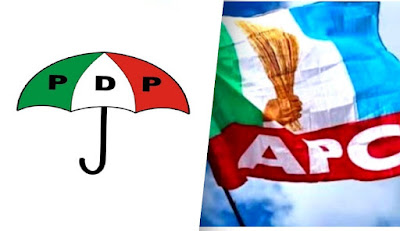 Drama ensued during an All Progressives Congress, APC, ward meeting held in Shawo South West, Offa Local Government Area of Kwara State as party members openly declared support for the Peoples Democratic Party, PDP, against the wish of the ruling party in the state.

Video footage, which emerged from the APC ward meeting, showed how the ward chairman and his vice tried to stop members from chanting PDP during the meeting but were utterly resisted by angry members.

Reports said they shouted at the ward chairman telling him to his face that PDP must return and that Offa is now fully PDP.

Not so pleased with the turn of events, the APC chairman who tried to persuade the angry members, told them they must not allow PDP to come back to power.

They also disrupted the APC ward meetings, noting that Governor Abdulrazaq-led government has failed Oyun people since his three years in office in the state.