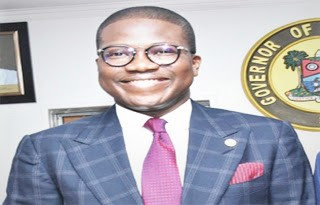 The sack of Abdulhakeem Abdullateef by the speaker of the Lagos State House of Assembly Mudashiru Obasa has kicked off another round of talks about the plan to limit Governor Babajide Sanwo-Olu to a single term in office, according to societynow.ng.

Abdulhakeem was sacked as a Special Adviser by the speaker barely hours after he launched a political movement, Iyepe linked to his gubernatorial ambition.

Abdulhakeem’s joined the rank of Femi Adediran and other members of the All Progressives Congress (APC) doused with talks of gubernatorial ambitions and already canvassing for grassroots support under different guises ahead of the 2023 gubernatorial election.

Insiders, however, insist the powers that be in the party firmly in control of the politics of Lagos state, APC have already penciled down two people for consideration as Sanwo-Olu’s successor.

‘’It is between two people, Hakeem Murhi Okunola and Tayo Ayinde’’.

Hakeem Murhi- Okunola is the Head of Service in the government of Lagos state while Ayinde is the Chief of Staff to the Governor.

They are both very passionate loyalists of Asiwaju Bola Ahmed Tinubu, the shots caller in the politics of Lagos State.

Sources disclosed that it was actually three choices and they were strong contenders even before Sanwo-Olu came into the mix and was picked above them as a replacement for immediate past Akinwunmi Ambode.

‘’The third person is Gbolahan Lawal, the new Oniru of Iruland. His becoming a King has effectively knocked him out of the gubernatorial race leaving it open between Ayinde and Murhi – Okunola’.

The information available revealed that permutations ahead of the 2023 election favor Hakeem-Okunola (HMO as fondly labeled by friends) ahead of Ayinde as a replacement for Sawo-Olu.

‘’His ascendancy in the government of Lagos state and Tinubu political family shows the influence of a guiding hand and a clear cut move to boost his profile and grooming for a big responsibility. HMO has a huge edge on Ayinde with this and he is younger ‘’ .

‘’Because in politics anything can happen, that is why others are showing interests and trying to galvanize supports for their gubernatorial ambitions. It is an open secret in the APC that except something extraordinary happens, Sanwo-Olu will be limited to a single term.