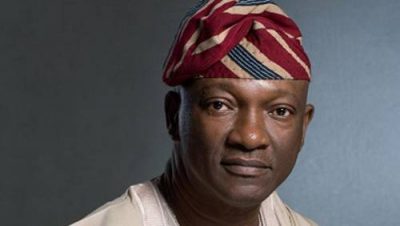 The governorship candidate of the Peoples Democratic Party (PDP) in Lagos State, Jimi Agbaje, has challenged the ruling All Progressives Congress (APC) to be prepared for resistance if the ruling party unleashes violence in the March 9 governorship election.

In a series of videos posted on his verified Twitter account on Friday, Agbaje condemned the violence reported at several polling units across the state during the presidential and National Assembly elections last Saturday.

Agbaje, after he had visited some areas affected by voter suppression and violence, said that it was understandable why some Lagosians were disappointed, angry or afraid.

The PDP candidate, however, stated that when good people did nothing, evil prevailed.

He said, “Undoubtedly, what played out last weekend was a clear violation of the social contract between government and its citizens. Every Nigerian has a fundamental right to life, civil liberties and right to vote among other things.

“So, when you have a situation where thousands of people are put in harm’s way just because they choose to exercise this right while the government turns a blind eye, it has broken that contract.”

He added, “To the ruling party, we come in peace. But let me be clear, if your expression is fear and violence, you will be shocked that we will resist and prevail. Coercion won’t work. Fear won’t work. Threats won’t work. Trust your mandate if you still have one.”

Meanwhile, the PDP governorship candidate also condemned the recent distribution of bags of rice to civil servants in the state by his APC counterpart, Babajide Sanwoolu.

Agbaje, in a statement from his media office on Friday, described the fierce struggle among government officials for the rice loaded in a truck as shameful and appalling.

2023: “There is a scammer in town” – Peter Obi is defrauding Nigerians with lies -Asari Dokubo