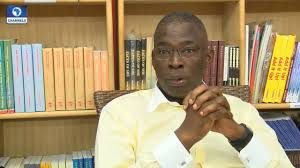 The case involving a Danish citizen, Mr. Peter Nielsen over the alleged murder of his Nigerian wife, Zainab Nielsen, an upcoming musician also known as Alizee and her three-year-old daughter, Petra, may have once again put to test the ability of the Nigerian Police to thoroughly investigate such a high profile case.

The sensational trial of Mr. Peter Nielsen had continued on 20 February 2019 before Justice Mobolanle Okikiolu-Ighile sitting at the High Court of Lagos State, Igbosere.

The trial is being followed by the international media, where prosecution was led by the Director of Public Prosecutions (DPP), Lagos State Ministry of Justice, Ms Titilayo Shitta-Bey. 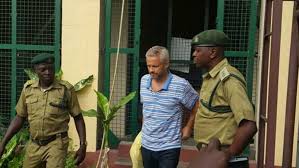 The defence was, however, led by Mr. Olasupo Shasore SAN, a former Attorney General of Lagos State, who challenged the two police witnesses about diligent investigation, particularly in a trial showcasing Nigeria’s justice system to the international audience.

The defence counsels are insisting on proper investigation by the police to unravel what really transpired between the couple on the fateful day and what actually led to the death of Zainab and her daughter.

In the first part of the trial which lasted three days, the court accepted the request made by defence counsel to gain access to the crime scene.

The court also ordered that blood samples of the late Zainab and those of her mother (Ruth Madaki) and her two step sisters (Gift and Favour Madaki) be taken for the purpose of scientific evidence.

During the trial, Peter Nielsen’s former driver informed the court of how he was informed by security personnel from Bella Vista in Banana Island of the death of the late Zainab and her daughter.

The trial is attended every time by the Danish Ambassador and embassy staff with Danish television crew in attendance.

Even though the state contended that the police conducted a thorough investigation, Mr. Shasore SAN in cross examination was able to bring to the court’s notice the fact that the seasoned Inspector had not -reviewed the CCTV footage from the apartment building; checked the telephones of occupants of the apartment; inspected all the rooms in the apartment or even spoken with the neighbours around the apartment before he came to a conclusion that the defendant was the only suspect.

He said that there was no evidence of any break-in; the nanny who could have gained access into the apartment through the kitchen door could not do so because the door was locked from behind; and the wound on the Defendant’s finger could not be attributed to a fall as the Defendant alleges.

The Court later adjourned the case till 25 March for continuation of trial.

The position of the defence counsel has been that Nielsen has no reason to murder his wife with whom he reportedly had a very good relationship and that he couldn’t have carried out such an action knowing that there was no way he could escape justice if he committed such an offence.

The competence of Mr. Olasupo Shasore to defend Mr. Peter Nielsen is not in doubt.

Olasupo Sasore is a partner in the law firm of ALP (Africa Law Practice), a leading commercial law firm in Nigeria.

His specialisations include arbitration, commercial litigation, maritime and shipping and commercial and business crime.

He has been engaged in the resolution of various commercial disputes by arbitration and has advised various clients in the oil and gas, power, and construction industries for many years.

It is generally agreed that Nigeria has one of the best judiciary systems in Africa and even in the world.

However, there are suggestions that this particular matter is a test case and that a proper establishment of what led to the death of the woman and her daughter would further increase the profile of the Nigerian Police and her justice system among the comity of nations in the world.