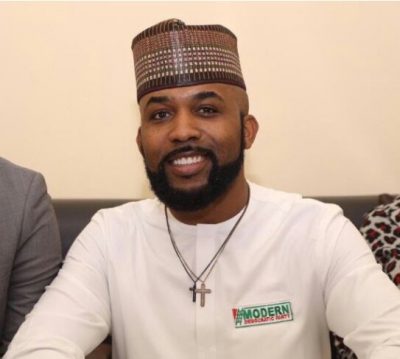 Wellington with popular stage name Banky W garnered 186 votes ahead of Obanikoro who polled 167 votes in the exercise held at the Victoria Garden City, Lagos

Though, Banky W, took the second position at the polling unit as the Peoples Democratic Party (PDP) candidate, Omotesho Bakare, got the highest number of votes of 244.

Banky W, who is the candidate of the MDP, is a first-timer in politics and is contesting against Babajide Obanikoro, the first son of a former Minister of State for Defence, Senator Musiliu Obanikoro of the APC and Bakare of the PDP.