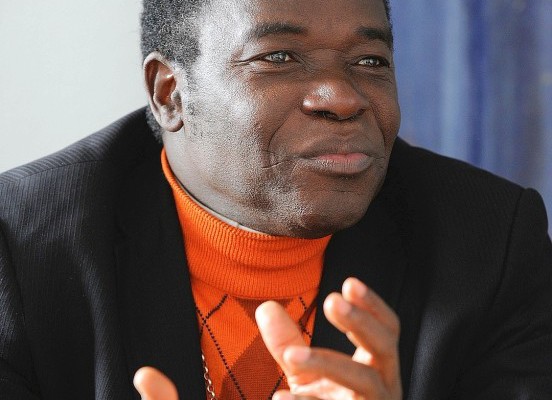 A bishop of the Catholic Diocese of Sokoto, Matthew Kukah has said no president in the world can be as irresponsible as a Nigerian president.

The cleric said this while delivering the annual lecture at the Ulefunta/Oyemekun festival in Akure, capital of Ondo state, on Friday.

He said Nigerian presidents are the most irresponsible with the use of power.

The Catholic bishop said the structure of the Nigerian presidential office makes the holders of the office extremely powerful, so much that he can deploy power the way he want.

Kukah said, unlike American presidents who do not emerge by circumstance, from inception till date, all presidents were virtually dragged into office.

“His power is so much that he can give oil bloc to his girlfriend and many others. You thus can’t be a man of honour and live in a country like Nigeria and not be angry.

“What is the problem? It is the dilemma of leadership. In America, there are basic expectations of what  a president should be. For instance, he must have gone through Harvard as an institution, he must have language and track record, not even wealth. You can’t surprise the system.

“Here in Nigeria, a local government chairman wants to be governor; the governor wants to be president and the president doesn’t want to go! Many states have two governors representing them at the national assembly. Governors have control and monopoly of resources of state and they use same resources to oppress them.”

Kukah went further in his statement that the Nigerian society is in ferment as the instability the country is facing is inevitable in any system.

“In Nigeria, it is not a question of looking for trouble because trouble is already here. The Nigerian state has no capacity to protect itself and there is no loyalty to Nigeria from its citizens but to those who help individuals to get to positions in the system,”  he said.

Kukah, however, singled out two former Nigerian leaders out of the leadership rot, Obafemi Awolowo and Aminu Kano, whom he called “architects of a good society”.

“Awolowo, for his major quintessential evidence as somebody who already figured out what he would do with power if he got it,” he said.

“He understood the building blocks for an egalitarian society. Aminu Kano single handedly took on the feudal class in Northern society and had a deep understanding of society, even as he textually talked about a free society in a way and manner that didn’t offend religion.

“We have to understand the building blocks of society which is not too different from the rules of building a house. A good society is not different from the building blocks of society. When a building collapses, it didn’t collapse in a day. It began to collapse a long time ago. For us to build a good society, we have to have eyes that monitor the needs, growth and development and feelings of that society. Then you can be sure of the quality of that society. “