HomeNewsNo Boko Haram ex-fighter has been recruited into the Nigerian military –...
FeaturedNews 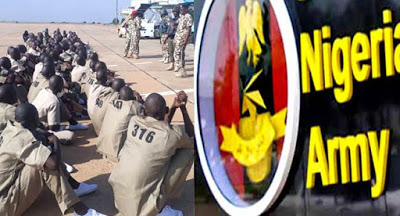 The Defence Headquarters has refuted claims indicating the recruitment of some deradicalized Boko Haram ex-fighters into the Nigerian military.

The Nigerian military in a press release signed by the Director Defence Information, Brigadier Onyema Nwachukwu, said the claims are not only bereft of the truth, but laced with mediocrity emanating from poorly researched and uninformed positions.

He added that no Boko Haram ex-fighter has been recruited into the Nigerian military and no such plan is in the offing.

The de-radicalization, rehabilitation, and reintegration program Brigadier -general Nwachukwu further stated is a Federal Government program conducted under the auspices of Operation Safe Corridor as a non-kinetic operation targeted at low-risk combatants and has become a classical example in the Lake Chad Basin region and West Africa.

He concluded that over 250 repentant insurgents who willingly abandoned their struggle and surrendered to federal troops have been de-radicalized, rehabilitated and reintegrated into the society by their respective state governments in conjunction with traditional and religious institutions.