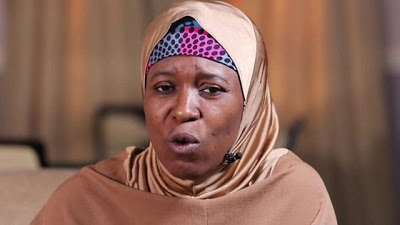 The governors, at the end of the meeting, called on President Muhammadu Buhari to convene a national dialogue, embrace the calls for restructuring, be fairer in political appointment

The co-convener of the Bring Back Our Girls (BBOG) movement, Aisha Yesufu, has lambasted the northern leaders who opposed the recent decisions of southern governors on issues regarding restructuring and political appointments.

Governors of the 17 States from the Southern Region of Nigeria had on Tuesday met in Asaba, Delta state capital, to discuss issues affecting the country.

The governors, at the end of the meeting, called on President Muhammadu Buhari to convene a national dialogue, embrace the calls for restructuring, be fairer in political appointments, and ban open grazing across the country.

The resolutions of the Southern governors were, however, rejected by some leaders from the Northern Region including President of the Senate, Ahmad Lawan and Kogi State Governor Yahaya Bello.

Aisha Yesufu in a video she posted on Twitter, said nobody has the monopoly of selfishness, as the northern governors had also met in the past to decide on issues affecting their regions.

“I see some people coming out to say the southern governors do not have a right to make the decision for A, B, C, D.

“The decision that you made as northern governors, with what right did you make them?

“In short, the Igbo (Indian Hemp) that you smoke has expired. They should get the latest one.”

Yesufu stated further that Nigeria will finally be restructured when southern and northern leaders meet to decide on the way forward for their people.

NEWS: I was sexually assaulted at age 8 – Stella Damasus reveals