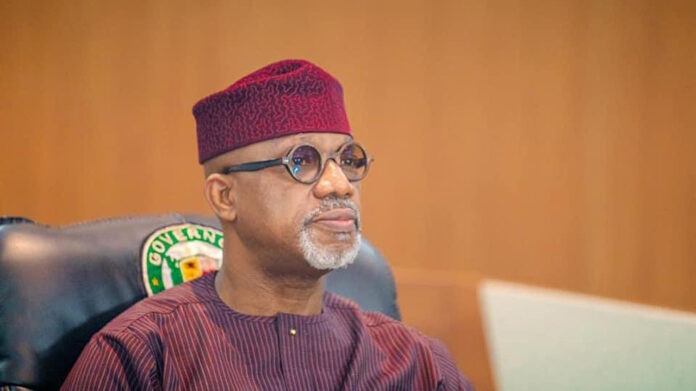 The Ogun State governor, Dapo Abiodun, has disclosed why he supported the reelection bid of the nephew of his precedessor, Yussuf Amosun, into the House of Assembly come 2023.

According to Abiodun, his determination to focus on taking Ogun to the next level when he was sworn in as the governor and not preoccupied by vengeance made him to back Amosun for another four year in the state legislature.

The governor, who gave this disclosure when he received scores of core loyalists of former Governor Ibikunle Amosun from Ewekoro Local Government Area, back into the mainstream of the All Progressives Congress (APC), said that he refused to be distracted in the face of the provocation from those who should have been his friends.

He pointed out that his refusal to be distracted or even provoked by “those who played god” and fought to ensure he did not become governor was instrumental to the successes recorded by his administration in the last three and half years.

Abiodun, however, commended the returnees for their loyalty to the former governor even when they had lost the battle to unseat him, urging them to bring back to the table very strong loyalty.

The governor who also directed party leaders in the Ewekoro LG to welcome the returnees into their fold, noted that “they are not back benchers, but leaders of the party”.

“I am extremely delighted to welcome you back home because this is your home, we were never strangers, we were one and the same, we are all members of one family, it is my pleasure to receive you.

“I will admonish our party faithful in Ewekoro to ensure that you occupy your place of pride in that local government because you are not back benchers, you are leaders in your right,” he submitted.

Speaking, a member of the delegation, Engr. Sina Adegbenro, who commended the governor for his achievement in the last three and half years, added that they would work towards ensuring for his success at the 2023 general elections

Also, a former chairman of the Ewekoro Local Government, Iskilu Makinde, while acknowledging the governor for his giant strides across the state, noted that they would all work towards actualizing the second term ambition of the governor.

A member of the House of Representatives representing Ifo/Ewekoro Federal Constituency at the National Assembly, Isiaka Ayokunle, who noted that they are very proud of the achievements of the governor, added that the door is still open for others who are ready to join the winning team of the incumbent governor.