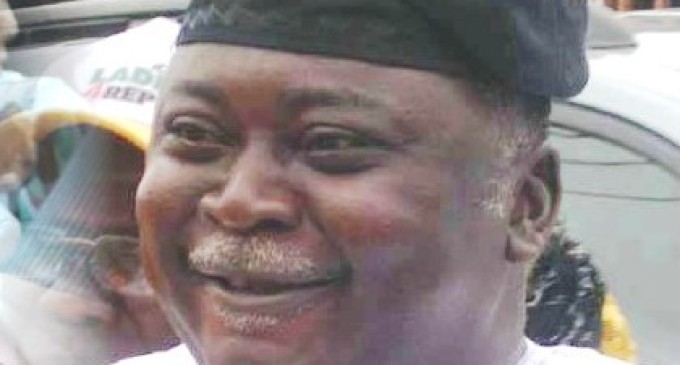 Ordered Orisadare out of caucus meeting

According to The Capital, Hon. Adebutu shouted and asked one of the prominent leaders of the party in the state to “get out!” from an ongoing stakeholders’ meeting.

Perhaps because he is the heir to the multi-billion naira lotto empire of his octogenarian father, Kessington Adebutu; or because he is being primed by his deep-pocket father to govern Ogun State in the next dispensation, either way, Ladi has an uncanny ability to easily blur the line between sheer exuberance and patent excitability.

In its full report, The Capital stated that at the last meeting of the Ogun State Peoples Democratic Party, held at Park Inn Hotel, Abeokuta, few weeks back, a source told The Capital that Chief Remi Bakare, a frontline politician from Ogun Central condemned in no uncertain terms politicians and leaders from Ogun West angling for the governorship slot considering that the incumbent Governor Ibikunle Amosun is from the zone and he is in his second term.

Predictably, some Ogun West leaders among whom were former deputy governor, Alhaja Salmot Badru; a woman leader, Mrs Iyabo Apampa; Hon Waliu Taiwo and Hon Semiu Babatunde, began to grumble loudly. However, the party chairman in Ipokia Local Government of Ogun West district, Hon Orisadare could not stomach the cascade of insults by Bakare and got up to protest.

It was at this point that Hon Ladi Adebutu, the sole financier of the factional PDP in the state, furiously got up, snatched the microphone from Bakare and ordered Orisadare to get out of the meeting. “Who are you, who brought you here that you are constituting a nuisance? I don’t want to see you here again.

Get out.’’ Adebutu was quoted to have roared impudently at the much older Orisadare who quietly picked his bag and walked out of the conference hall. The hall fell into a loud silence. Sources said Ladi’s condescending ways are no surprise to the leaders who have had to manage him because he is their meal ticket. But for how long?  The Capital