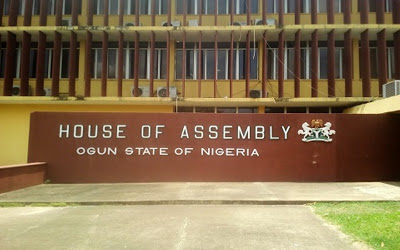 Since the bill to stop the rituals attached to the burial rites of traditional rulers, scaled second half he reading in the Ogun State House of Assembly, few ignorant people in some quarters, have embarked on a campaign of calumny against the Bill, tagged, ‘Installation and Burial Rites Law 2020’ .

These few people are totally ignorant of Yoruba culture and tradition.

First, the Osugbo, have nothing to do with the tradition of Obas. They are, messengers that could be likened to modern day court bailifs. There duties and functions are merely to bear errands and carry out orders from the Obas. They  have no authority to do anything whatsoever, beyond the errands sent them by the Obas. Any attempt to do anything beyond their functions as palace messengers is an abomination.

Osugbo is  not a family or community Chieftaincy. They are association and societies created by the  Obas to bear certain messages and carry out orders.  It is a voluntary organization for those who wish to join could join and such people will apply and would be initiated.

They can never meet without one of the Odis, who bears the title of Odele Olurin, who is there on behalf of the Obas as their supervising authority. Odele Olurin has the power to sanction or even sack them and drive them out of the conclave by removing the Edon Olule.

They have no part to play whatsoever in the installation and burial of any Oba. Any attempt by the Osugbo to arrogate anything more than what have been stated above is wrong, against the tradition and customs and an abomination.

We commend the OGHA for taking a bold step as required by the provisions of the Constitution of the Federal Republic of Nigeria 1999, as amended.