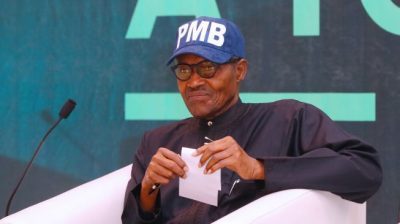 The National Interest Party (NIP) and the Action Peoples Party (APP) have asked a federal high court in Abuja to disqualify President Muhammadu Buhari from contesting the election on grounds of “unsoundness of mind”, TheCable NG reports.

In a suit filed on January 28, the parties asked the Independent National Electoral Commission (INEC) if a candidate who has displayed loss of memory qualifies to run for presidency.

Buhari has been seen making some embarrassing mistakes in the ongoing campaign. He had referred to Great Ogboru, the All Progressives Congress (APC) governorship candidate  in Delta state, as “presidential candidate,” and subsequently “governortorial candidate,” an error his critics attributed to memory loss.

The president was also accused of performing poorly when he featured on The Candidates, a programme on the elections.

Arguing that the president is unfit, the parties asked the court to compel Buhari to undergo medical examination at the National Hospital, Abuja, and that the result of the test be made public.

The suit read; “Whether having regard to Section 137(1)(c) of the Constitution of the Federal Republic of Nigeria, 1999 (as amended) the continuous manifestations of obvious loss of memory, confusion, disorientation inability to speak coherently or understand clear language or questions, mental decline, jumbled speech, making up of events that did not happen, inability to recognise common things and people, loss of cognitive ability, and repeatedly falling, by the 1st defendant are medical signs and evidence of unsoundness of mind and therefore warrant the subjection of the 1st defendant to a medical examination for the purposes of determination whether or not he is of unsound mind for election into the office of the President of the Federal Republic of Nigeria in the 2019 General Elections.”

On Thursday, the Coalition of United Political Parties (CUPP) had sought a court order to disqualify Buhari from contesting the February 16 poll.

CUPP made reference to Buhari’s absence at the presidential debate organised by the Nigeria Election Debate Group, adding that Vice-President Yemi Osinbajo had to “come to his rescue” at a town hall meeting that held recently.