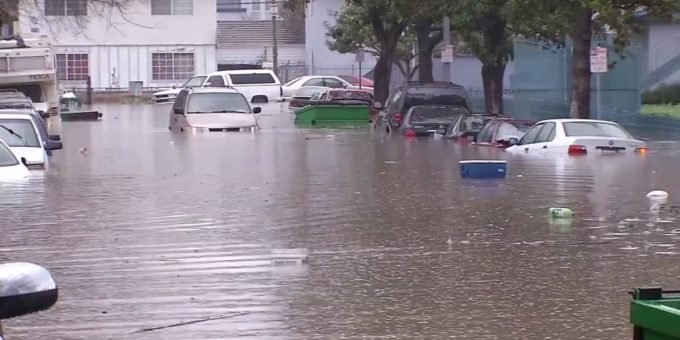 Aminu Masari, governor of Katsina state, on Monday said over 44 people had lost their lives while 20 others were still missing following the Sunday flood disaster in Jibia local government area of the state.

Masari, who said this after inspecting the affected areas in the local government, said more than 500 houses were destroyed while thousands of people rendered homeless.

He said that scores of animals were also killed during the disaster, which occurred on Sunday night and lasted for over three hours.

“I can say that I have never seen this kind of disaster in my life. The water level is above 10 feet height and it is a purely a natural disaster as the government had constructed drainages that were emptying into Jibia river,” he said.

“The water from the river moved in a reverse order and come back to the town and caused the flooding. I saw a groom of three days old who lost his bride and still searching for her.”

The governor said his administration had already relocated the victims to a primary school in the area.

He also explained that he had informed the federal government about the disaster, saying NEMA had already brought 13 trucks loaded with relief materials for distribution to the victims.

The governor said he had directed the state ministry of environment to look into the possibility of diverting the water from direct contact with the river.